There is a big part of the wall in about 70km from Beijing. Normally you can get there by train, unfortunately I wasn't lucky: the railroad was closed for reconstruction till 2020. So I had no other choice but bus.
However already on a bus station there is a huge (A HUGE) queue. I already expected to spend there at least 3 hours (in case I'm lucky enough). 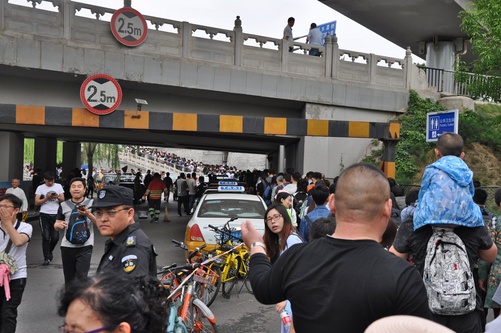 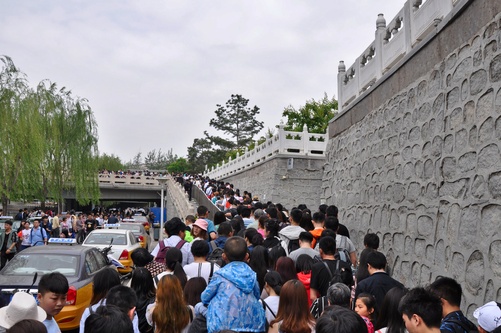 The queue took just 20 (!) minutes. Chinese organized the people traffic really well. Parallel boarding to 6 buses at the same time. Infinite number of buses. Once the bus departed immediately there is another one ready for boarding. 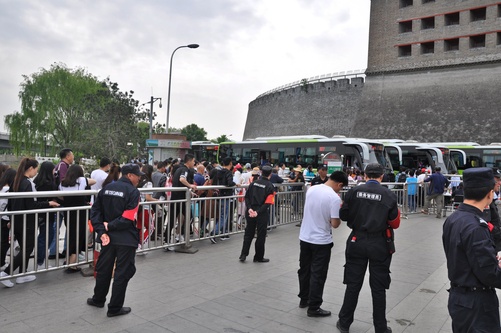 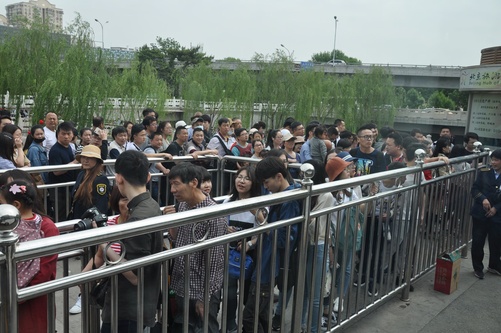 1.5 hours and I reached the wall. Worth to note that drivers in China are very awful: nobody gives a way to another driver, they also drive like there are no pedestrians at all (even if there are some). 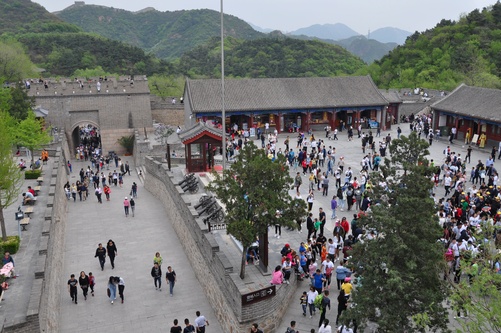 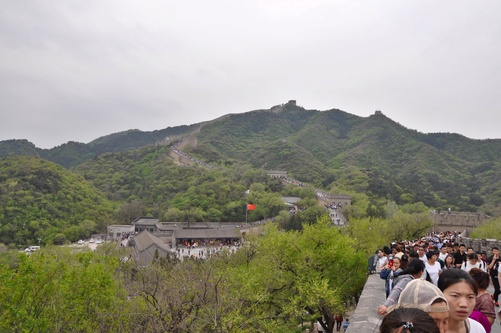 Even from this distance it was clear, that there are a lot of people. 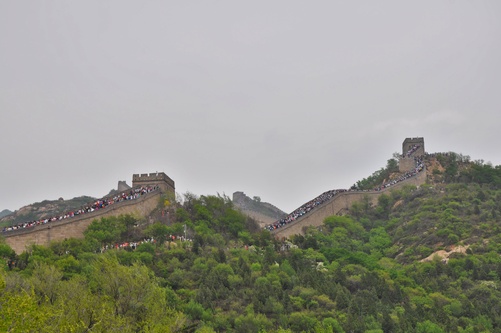 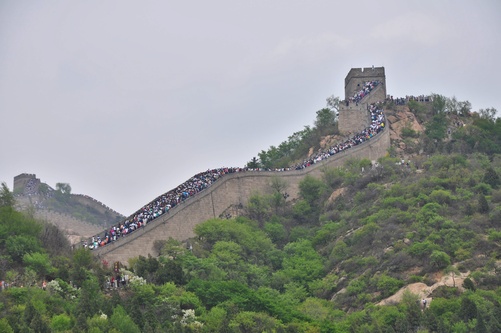 People simply walk on the wall, however on parts with steep rise peoples speed goes down and it turns into a huge jam. Like this one. 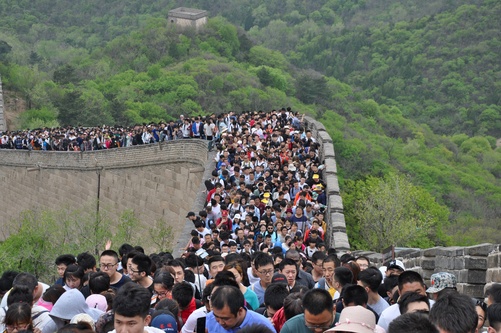 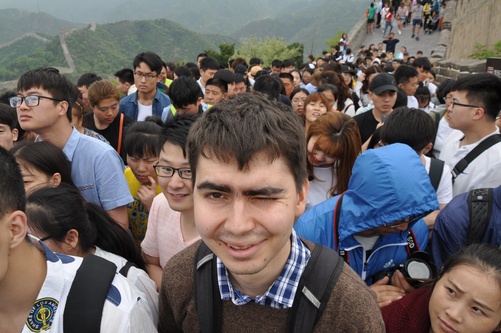 There was just a few foreign tourists. Mostly Chinese. Even in such huge crowd. 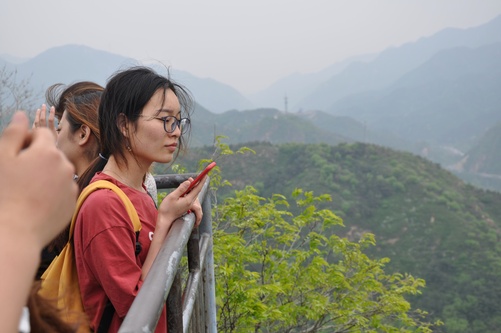 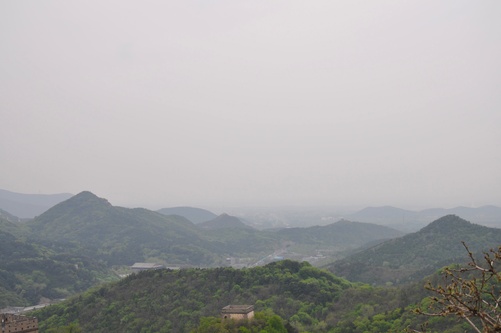 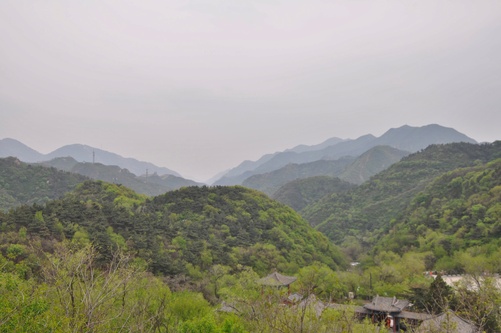 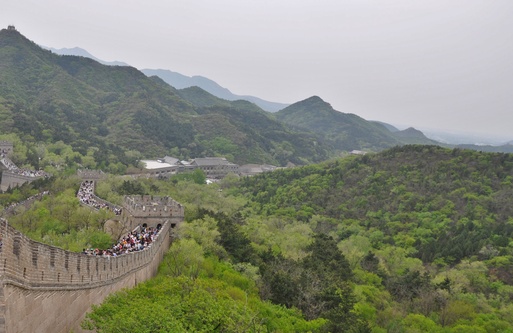 The way back was a bit more time consuming. It took around 40 minutes in a queue and 4 hours for the same road. The traffic was heavy and sometimes we simply stayed on the same place for quite a while. 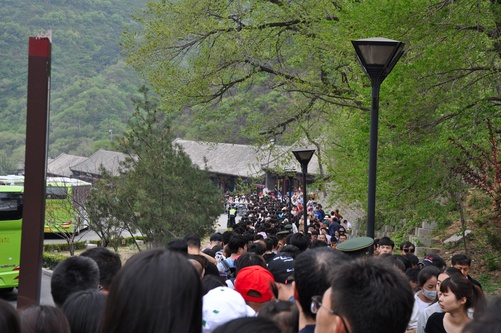 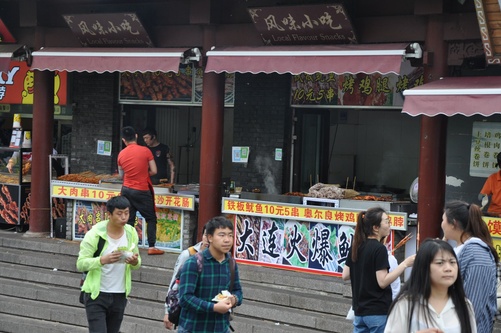 Even in queues Chinese enjoy some street food. I had a feeling that they simply can't survive without eating every minute.
I saw a lot of waste on the street like on the photo. Especially next to food places. Fortunately they clean it up fast enough to avoid a huge street scrapyard. Otherwise it will be much closer to India. 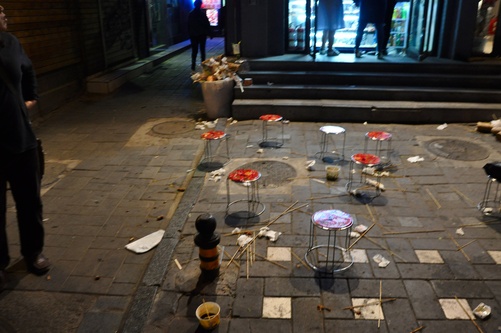 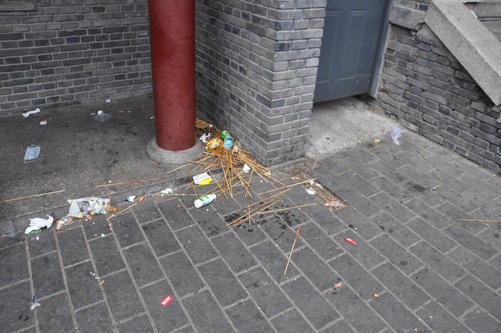 PS. A couple of photos from evening Beijing. 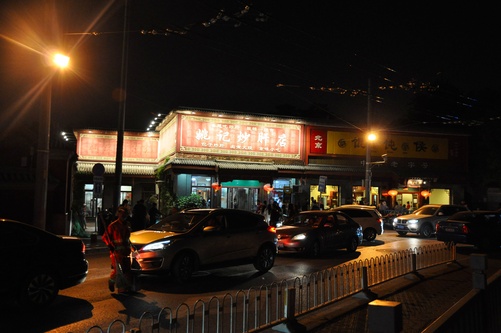 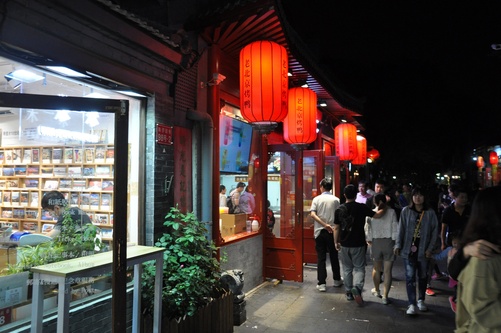 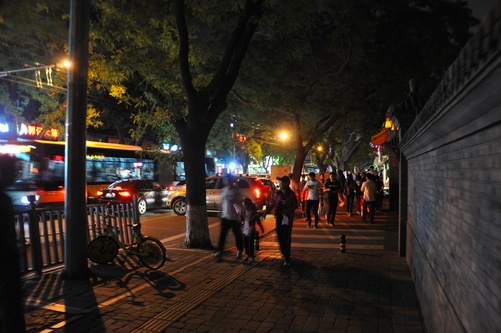 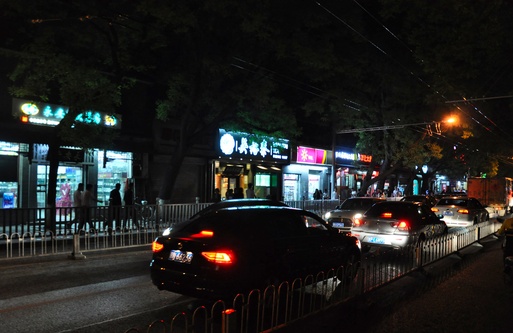 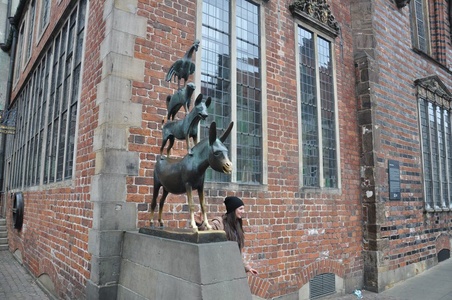 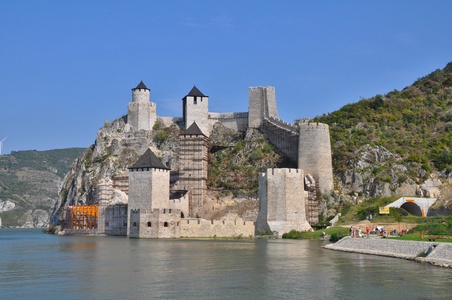 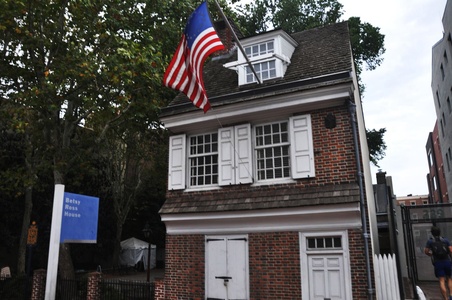