Finally I managed to run away from Moscow snowy weather in May to a warm place. In Azerbaijan it's about +23 and sunny. Though it's better to take some jacket in the late evening.
We arrived in Heydar Aliev airport in the late evening and the only thing we needed was to make it to our sleeping place. Exactly in this day in Baku started Islamic Games (something similar to Olympic games among Islamic countries of Middle Asia and Northern Africa). That's why the usual path from airport to city centre was closed. Bus took as via bypass and around 1am in the morning we were around one of the central metro station 28 of May. 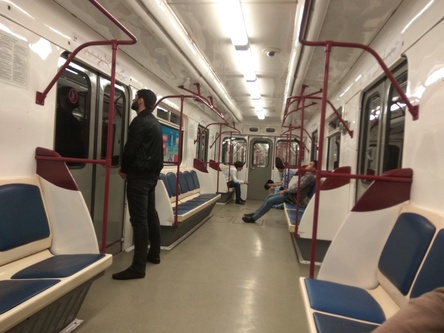 However due to this games metro operation hours were extended this day and it was still open. We managed to get to our station and find the home. I was surprised by the price of public transport: metro ticket is 0.25 AZN (which is 0.13 EUR) and the bus from airport to the city is 1.3 AZN (0.7 EUR). Thus overall road was less than a euro. 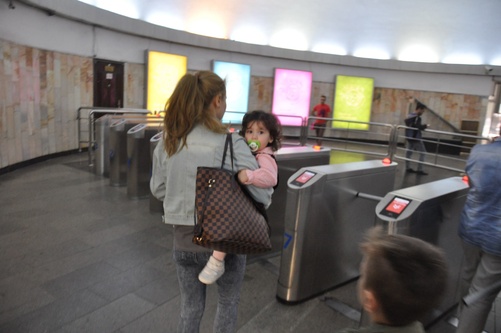 There are way too many police officers. Also on the entrance of each station there is a police officers who check every passenger with a big luggage. People told us it's because of the games.
It's a bit crowdy during the day in metro. Even at weekends. 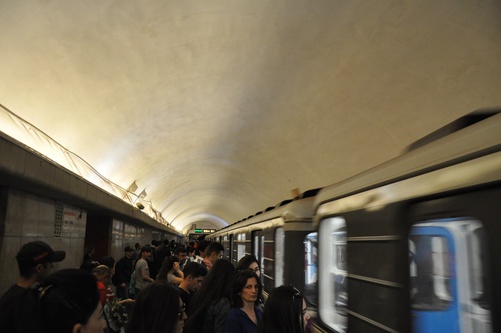 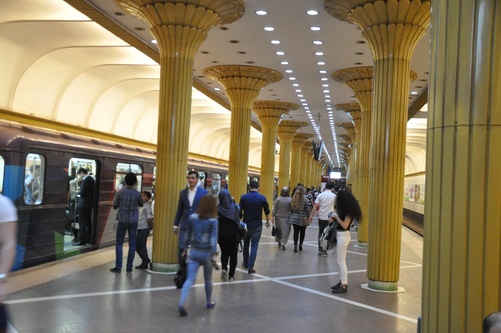 The first day was planned for Qobustan (mud volcanoes and petroglyph). There is no way to get there directly by public transport. Thus we got into Qobustan village by bus and from there with a taxi. Though you have to bargain to get the optimal price. The initial offer from driver can be bargained at least 30-40% down. Or even more if you have some time for it. 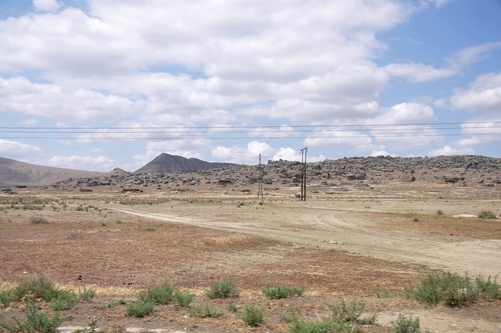 Suddenly the most popular car in here is used Mercedes. As the driver joked: "All old used Mercedes from Germany are here, in Azerbaijan".
There is no asphalt road to volcanoes. So we had only roads like this (and this is one of the best parts of it). 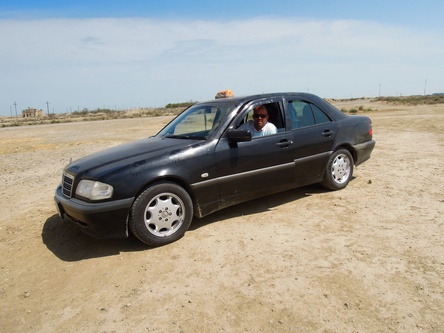 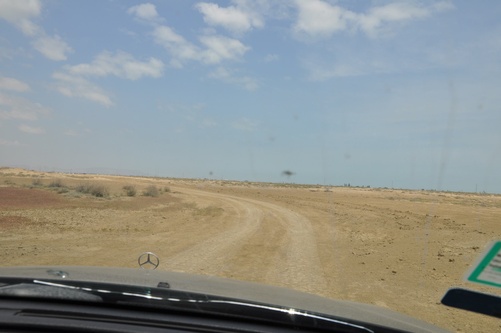 Mud volcanoes are really interesting. It is cold. It grows by the time to hills and then they fade down. 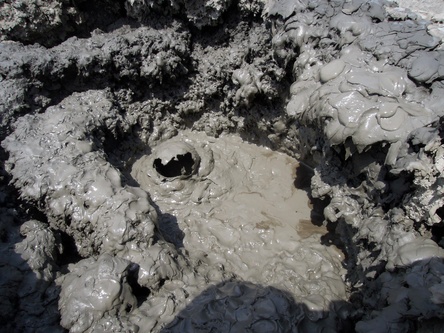 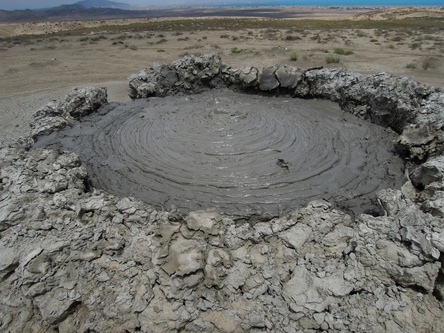 There are a lot of tourists in here. The high season just starts.

In the initial state it looks more like a paddle. The mud is soft. If you put a hand in it you won't feel where the water ends and the mud starts. 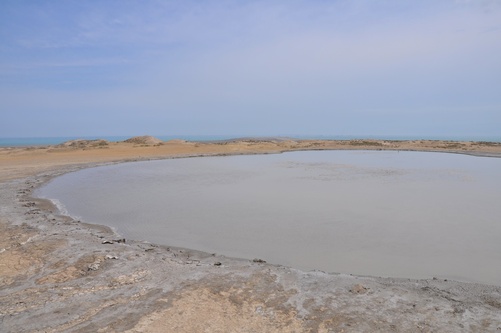 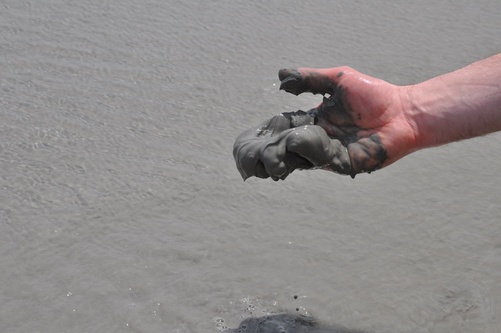 The mud becomes hard after a while and looks really interesting. And the colour differs from a desert around. 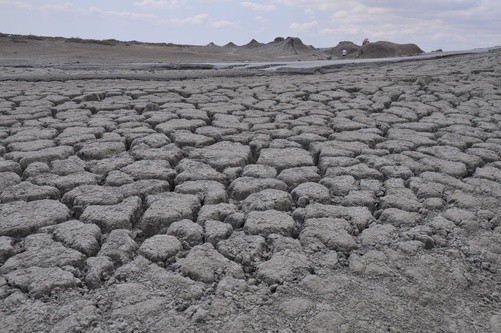 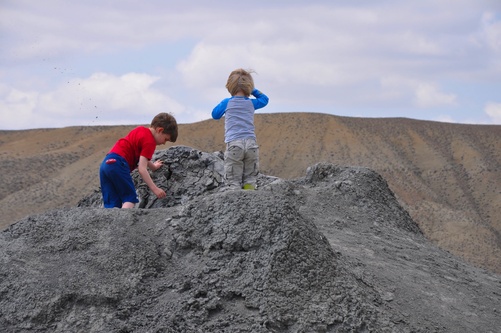 Not far from volcanoes there is a petroglyph. These pictures were created over 10 thousands years ago. However it might be tricky to understand the meaning (or even notice the picture sometimes) for non-experts.

Though it's absolutely clear that there are a lot of snakes around. However I didn't see a single one. 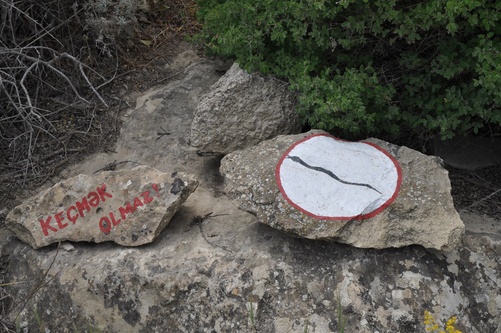 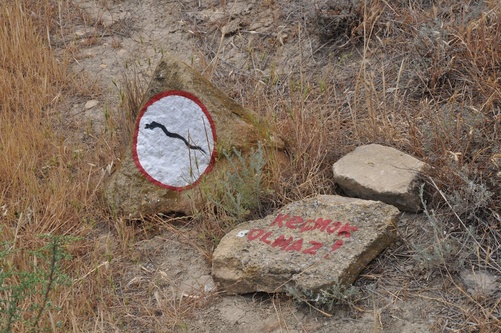 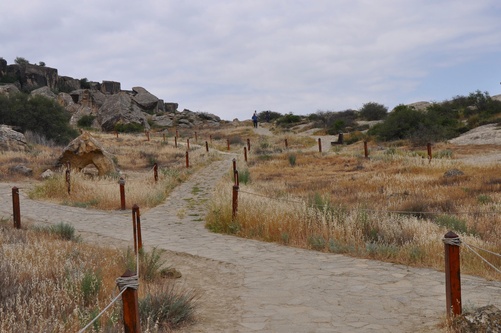 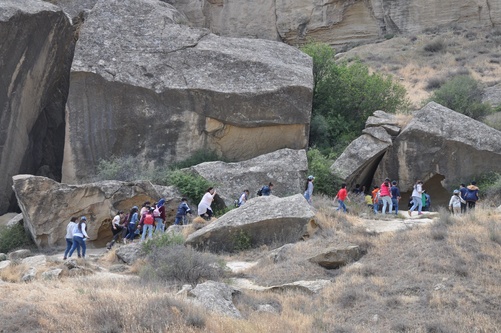 There are a lot of school student groups. Looks like they're for excursions here. Adults make some party for pupils with songs and dances. Looks cool. 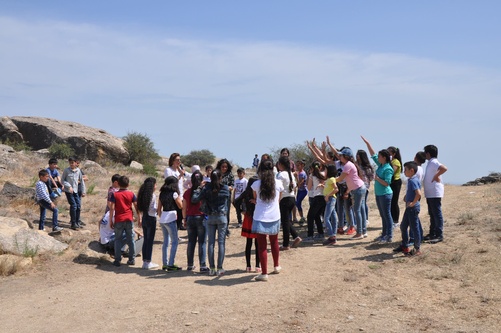 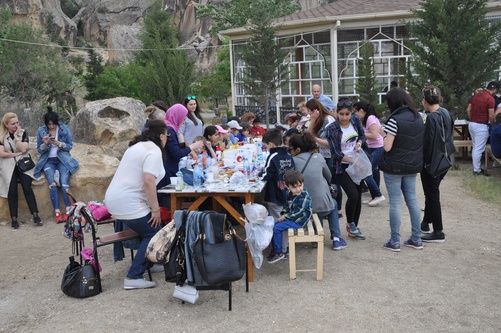 After Qobustan there was a bit of time for a Fire Temple. The idea looked great, though it wasn't that great in the end (:
The road to there was via slum which made even a stronger impression on me than a Temple itself. 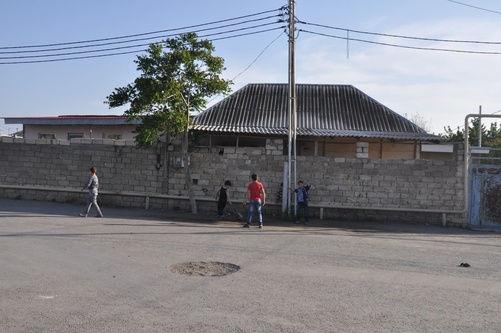 Though it's not really a Temple to worship a Fire. They worship to some Hindi God and the Fire is a go-between in this process. It's absolutely not clear for scientists how Hindi managed to get in this area. However it's pretty clear how the place for the Temple was chosen: the place is so rich with natural gas that it simply burns without any constructions.

Here it was a first day. 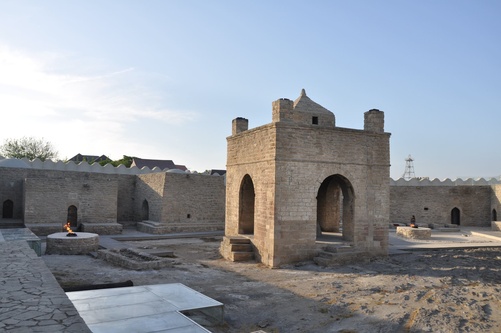 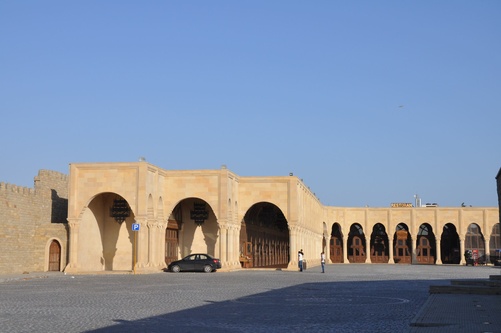 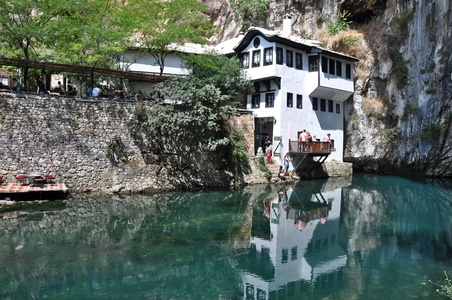