Do you think online ticket purchase might be difficult, huh? I also thought it can't. Until I spent 3 (three!) days to buy ferry ticket to Zanzibar.
So I went to transportation company website, filled special form and was ready to pay for it. Instead I learned that the form simply generates email to company and the further processing is fully manual. A bit later I received email with additional questions which somehow were missing in the form. After short email exchange I finally got invoice and a link to third-party payment processing site.
This was really strange. Company employee from another country far away was offering to transfer a money via third-party site. In 2020, when every now and then people post news about yet another scammer. In addition the payment system asked for 5% fee for the transfer.
I tried to read some travel forum. It looked like that's really the way company works and I didn't see any complains that people were scammed this way. It helped. However I didn't want to pay 5% more anyway. I asked if there's another way, and I was told there is. Only for European or US credit cards. Fortunately I was able to find one and the payment was finally completed.
Well. I'd rather say the money was gone from my account, but the transfer was still in "processing" state. Even 24h later. This was resolved only after raising incident to support of payment system. Hooray, I got the ... paper with statement I can exchange it to a real ticket on a ferry station only. Sigh.
PS. This website stops selling online ticket a few days (!) before the actual departure, otherwise they might not have enough time to process stuff. Once online purchase is stopped the only way to buy the ticket is offline ferry station window.

There are a lot of people on ferry station. A lot. And it's a chaos. When they see a tourist person, they are so eagerly willing to help (and hope for a generous tip). When taxi just entered station parking about 10 guys surrounded a car and literally were running with the car last 100 meters. Once it stopped they were trying to get my bag to help me to get to boarding area.
I really wanted to do that myself and I had to get my luggage back almost with force. Ticket exchange (paper > actual ticket) took almost half an hour. Then (finally) I got to the ferry.
The ferry itself is quite good. They had even snacks service like on airplane.

There was no Tanzania back in the beginning of 1964. There were two countries: Zanzibar and Tanganyika. They later merged and became Tanzania. Since then it's a single country, but for some reason there is a custom check before exit from ferry station. It's a real custom check with real custom officer and stamp in my passport.
Someone from locals later told me it's more like a tourist attraction, but I didn't have that impression.
After check there were scary advertise about Ebola virus.

After arrival I needed a taxi and some more cash. The car wasn't a problem. Unfortunately the cash was. I tried like 10 ATM machines. Nothing worked.
The last resort was foreign exchange. I had some US dollars for emergency. There was a special window and I had to stay in line three times. On my first attempt I suddenly realized that I left my ID in the car. The second attempt failed, cause I was told I have to fill some paper form in the corner before I can do the exchange. Those were quick rounds. On a third attempt there was a guy in front with a huge pile of local cash. He wanted to put it to his bank account. I think it was a least 20000 US dollars. And the clerk had to count them all.
Fortunately the employee decided to make a pause and asked this man to wait a bit. To exchange my hundred dollars.

Finally all challenges are passed and I can ride to a hotel.

Stopped at grocery shop. That's first shop like I have at home. Everything else I've seen before was more like trading on a sidewalk. Even in Dar es Salaam.

Finally got to hotel after lunch. So I just had time to check in and see the ocean while it was still a day light time.

The ocean is beautiful, but didn't seem like a good place to swim. The entire seaside was underwater plants. I didn't want even to walk in those. As a backup plan the hotel has a swimming pool. There is no water plants there :)

There was a tout, who was suggesting a walk on catamaran. He was way too intrusive. Fortunately I manage to walk away :) 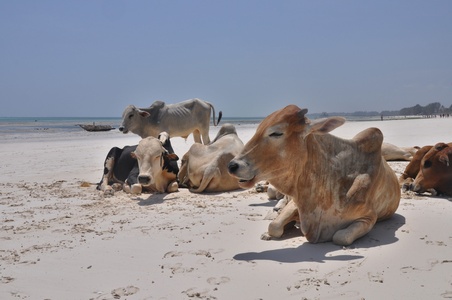 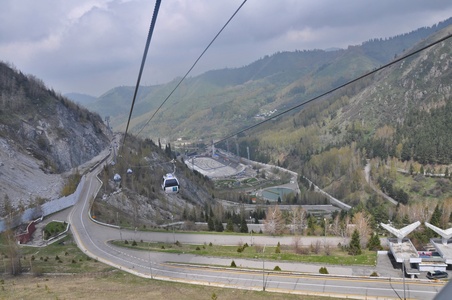 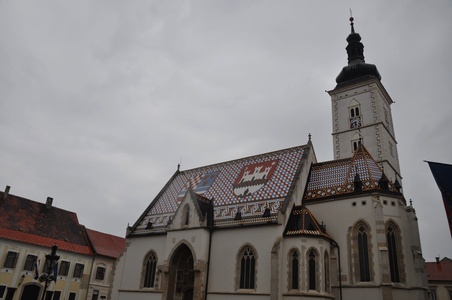