Hello Tanzania!
Something went wrong right in the airport. Passengers have to fill paper immigration form to cross the border. Unfortunately I had no pen. Somehow there was none in airport as well. Looks like people don't fly without pen in 2020.
Local employees didn't want to share their with passengers, as they needed it to do their job. At least they told me so. Thanks to Spanish guy who shared his precious pencil. Otherwise I would've been stuck in the airport till my return flight in two weeks :)

Next challenge was to get to hotel. 4:00am. No public transport. Just taxi. In front of the exit from terminal there are "official" taxi drivers with offers to get me to city center just for 30 USD (!)
In the terminal there is a free wi-fi and Uber / Bolt are willing to drive me for just 4.5 USD to the same place. The only difference I had to walk a hundred meters to special parking where uber is allowed to stop. Fortunately I managed to find it (:
I wasn't lucky with a driver. He was driving on hand-break, with full beam on and empty tank signal. I already prepared to push the car, fortunately we managed to finally arrive before it was necessary.

In the morning I needed to get some cash. Turned out it wasn't as easy as it might seem.
The first ATM I found simply didn't have internet connection. The second one denied to give me any money and returned my credit card. Next to the third machine there was a guy who guarded the ATM and told me that this machine doesn't work and I have to find another one. I almost lost hope to cash the money, fortunately the fourth attempt was successful.

Once I got the cash it was time to buy a sim card for local internet. The law is quite strict. The seller has to register a sim card to my ID and send all the data to special control agency.
I honestly tried to do that in a right way. Unfortunately the guy wasn't able to send my data in over one hour (!). So I just found some other guys who sold me a sim registered to locals and spend only 5 minutes with them. Why I didn't go to them in a first place? :)

Finally I solved all the problems and can have some tour around the city. The place is so live and interesting for me. I really love the atmosphere. Made a lot of pictures and I'm having a hard time deciding which one worth posting here.

Women wear bright dresses, people carry stuff on their head. It all reminded me India so much. Even auto rickshaws are the same. However here people call it Bajaj (just like the manufacturer).

A lot of sellers pill fruits and vegetables like this. I am really curious whether they are fast enough to sell stuff before it will be rotten. I hope so.

I got to fish market. Guards saw me with a camera and decided that it's a good opportunity to make some money. They told me I have to buy a ticket if I want to make pictures there. It was the first time here someone tried to make money on me. Unfortunately I wanted pictures so bad, that I had no choice. After short bargain I managed to make price twice lower and it was just 5$. Probably I could've tried better, but didn't want to spend too much time one it.
They put my name in some "official" notebook and even printed a check! Also one of them became my guide. Which turned out quite helpful.

People are awaiting the next auction round. The most active time is in the morning. However even in day hours it's very interesting. And a bit more quiet.

At some point one of locals decided it's a great chance to find a new friend, so he started to call me "my friend" and desperately wanted to give me a hug. I've no idea what was on his mind, fortunately the guide stopped this guy. I was very happy about that.

A little incident happened at this table: the guide started to stir up the fish a bit, so it would look better on a picture. Nobody asked him nor allowed to do that, but he didn't care. The owner was fairly angry about that. I watched a short (not very enjoying) cross-talk, in the end the owner told that he doesn't want me to take pictures of his stuff. So we just moved on.

They sell here even alive animals!

For fearless guys there is an option to buy fresh fish and ask to cook it in the kitchen across the road. Should be tasty, but cleanliness of the kitchen made me think that this isn't actually a good idea. Fish market in Busan was much much cleaner :)

Fish market really made me want to have some lunch. It was time anyway. I wasn't brave enough to eat right on the market, so I caught a Bajaj to find a better place.

The first photo is lunch, the second one is dinner. I had a lunch in the most average canteen for locals. However even in restaurants they put way too small portion of meat and incredibly large portion of vegetables. I was having a hard time to finish it. The food was cheap, but I can't say it was delicious. Still I was happy and full afterwards.

I made a friendship with a local girl for this day, so the walk would be more interesting. Locals always know some secrets about the city. Sometimes it really saves the day. This helped a lot with national museum visit. Without Mammu it wouldn't have happened at all.
To reduce the cash thievery (may be even by employees) national museum sells tickets only for cashless payments. E.g. credit card or local mobile money transfers. Those are really popular in Africa. Like WeChat Pay in China. In most cases those transfer systems are not tourist-friendly and require registration with local bank card. I don't have Tanzanian bank account, so the only option to pay I had was credit card.
Of course the terminal didn't work. There was something wrong with internet connection (again). Fortunately Mammu had this local mobile app and did the thing. Only because of that I was able to get inside the museum.

The museum was very strange. A part of it looks like a local history museum in the middle of nowhere. While second part if like abandoned office building, which people left like 20 years ago. Old PCs, papers everywhere even on the floor. Where am I at all?

It was +31C and didn't feel very comfortable for a long walk. Fortunately auto-rickshaws really helped during long walks. Fortunately it costs even cheaper than uber.

Traffic was very dense. Average speed is very low, so you won't lose much time if decide to walk. Even though the driving culture is very close to Indian, still I had an impression it's a little bit better. Just a little bit.

The overall impression is great. Streets are alive, something happens here and there.
Even though a lot of districts are poor and partially ruined, people look very happy and welcoming. Nobody was even begging money from me. At least in the daytime. In the hotel I was told it's better to stay home in night time. Especially with a camera on my neck. Hopefully it's still safe there even during the night. 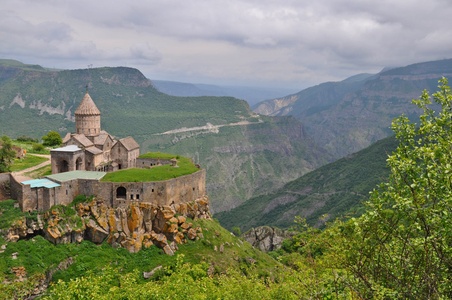