Ancient cave monastery David Gareja is located 60 kilometres away from Tbilisi near Azerbaijan border. You can either drive there or take an excursion. We chose to rent Renault Duster and it was a right decision - conventional low car would not make it. Although distance is relatively short, it takes more than 3 hours to get there. 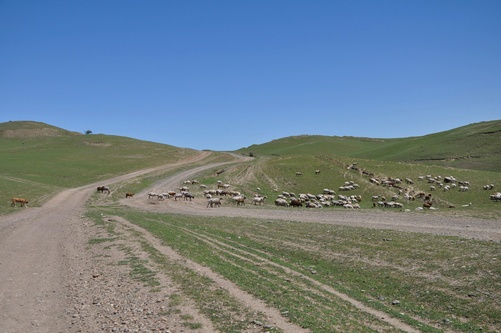 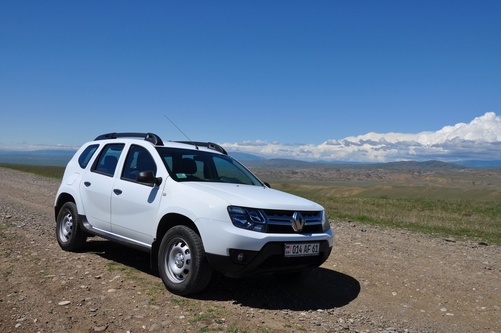 The roads goes past endless fields with huge flocks of sheep grazing there. One can see them when shepherd runs the flock across the road. 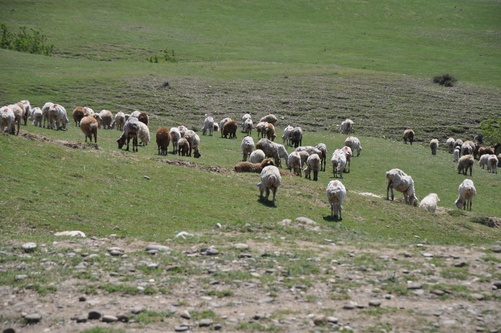 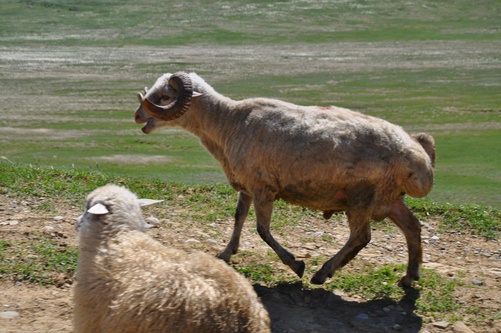 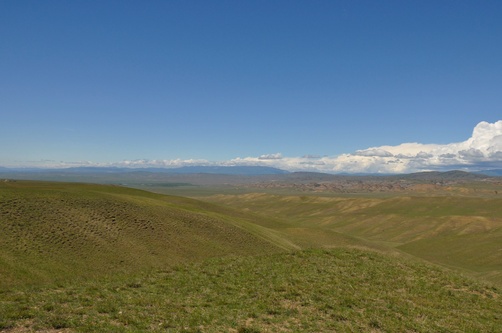 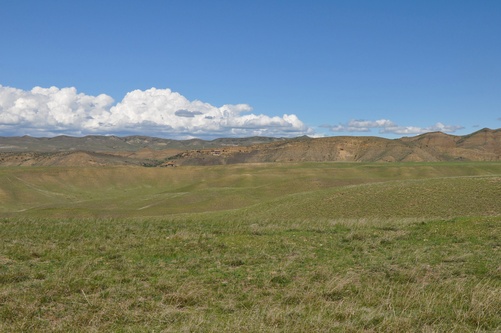 You can see rainbow hills at the end of your journey. This is a very beautiful and relatively rare natural phenomenon. 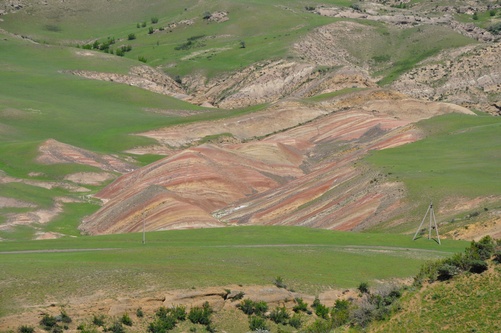 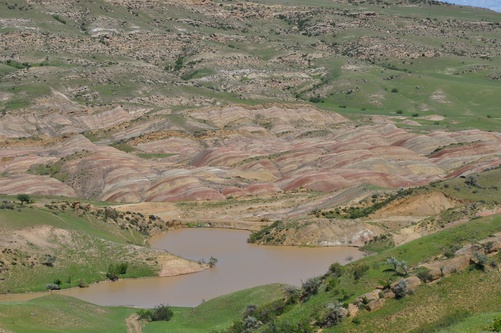 Monastery was founded in VI century by one of 13 Syrian fathers - monk David. 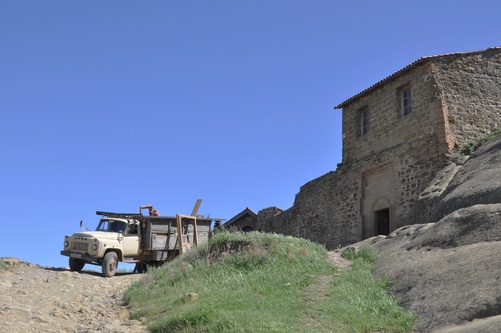 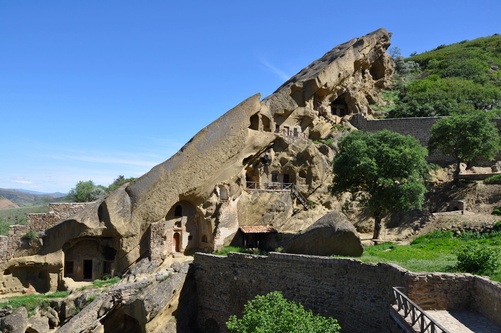 The Monastery during it's long history suffered numerous attacks, was many times devastated, and even was used as a military training base in the Soviet era. But was always re-established nevertheless. 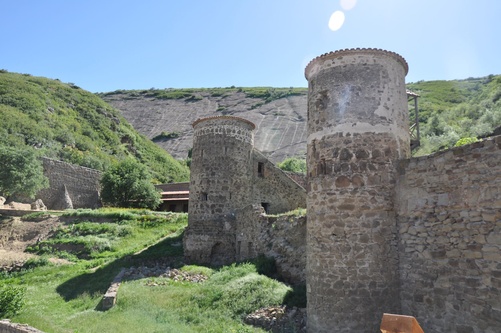 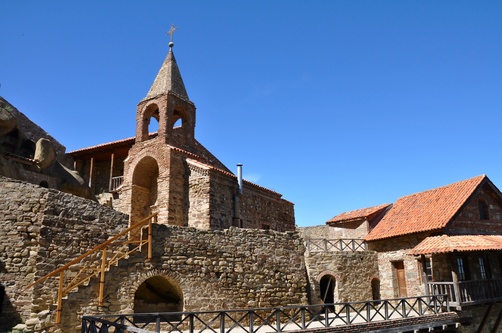 The monastery complex occupies huge territory more than 25 kilometres long. Part of it found itself on Azerbaijan territory after USSR fell apart. This is still a subject to territorial conflict between Georgia and Azerbaijan. Tourists can observe the Holy Trinity church and numerous caves with frescoes. You have to climb a steep trail to get to the caves. 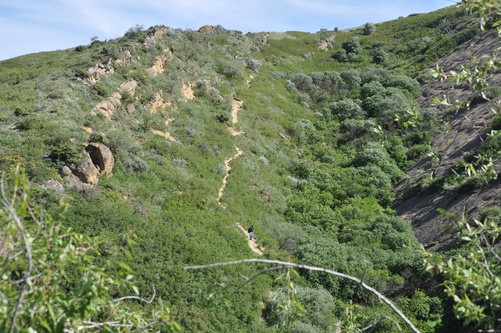 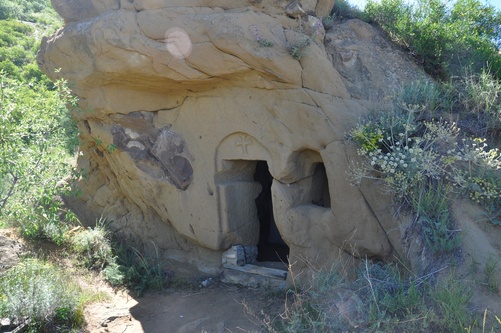 Travel guides suggest that from April to June you should aware venomous serpents along this trail. However we met just 2 harmless lizards. 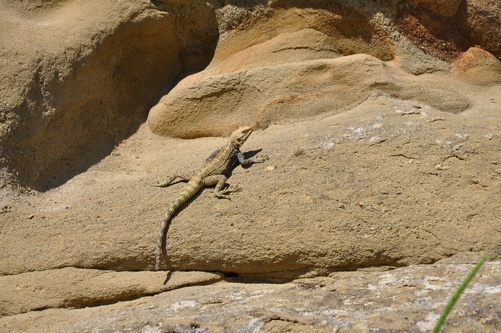 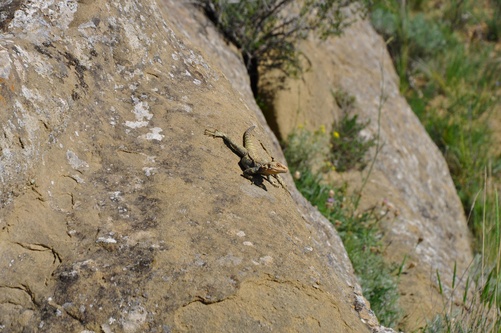 The hill with caves is Georgian territory, while limitless fields below belong to Azerbaijan. 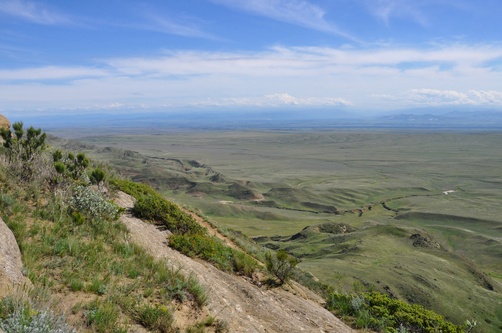 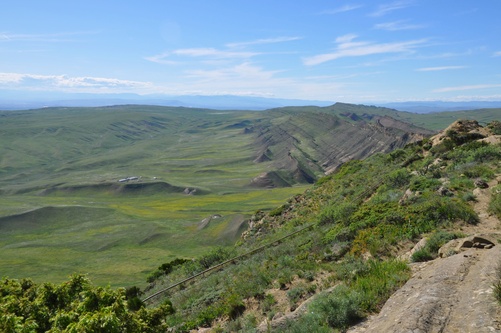 Ancient frescoes decorate some of the caves. Their condition is poor, and seems that no one tries to renovate or protect them. 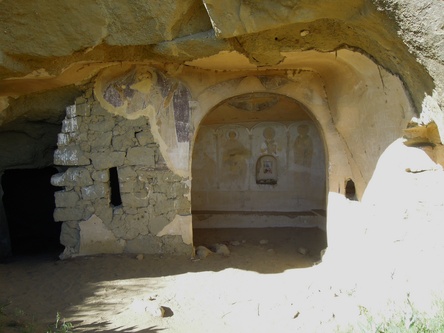 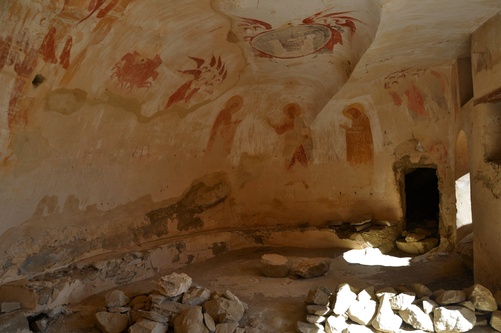 It takes near 2 hours to finish the trail at a moderate pace. Guided tour lasts up to 4 hours - be prepared to explore every cave. 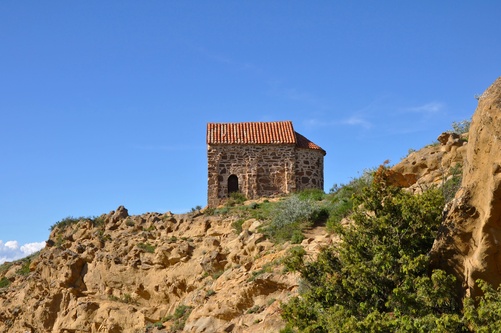 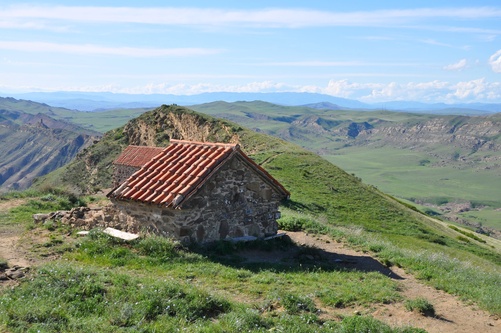 There is a spring "Tears of David Gareja" at the end of the trail. The spring is closed for visiting, but one can see through the grate how water is collected drop by drop.
From here you can see the splendid panoramic view of the lower part of the monastery. 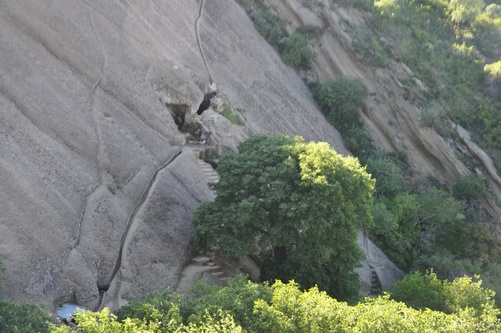 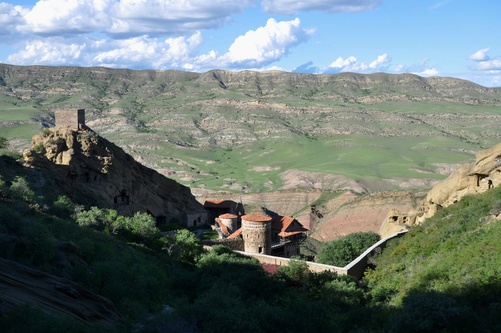 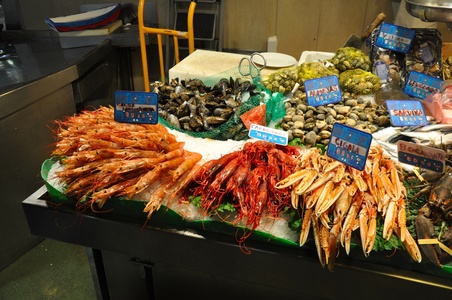 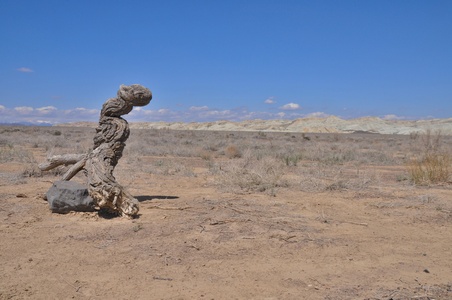 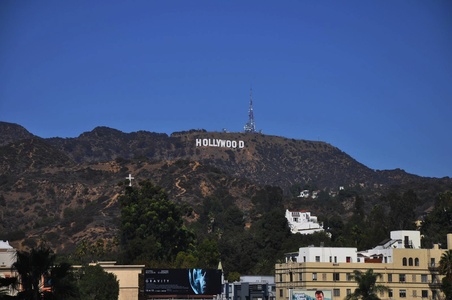