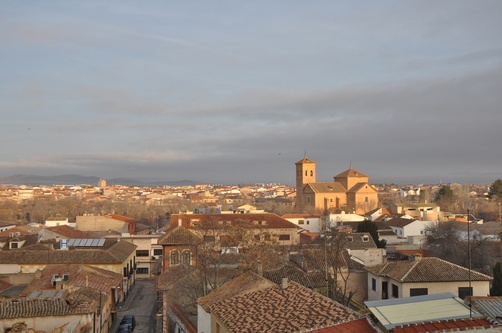 Suddenly I ran into some kind of straw bales. The first association was related to Spanish Inquisition and that they just found some witch to burn. Fortunately it turned out to be just a preparation to Epiphany celebration. Phew. 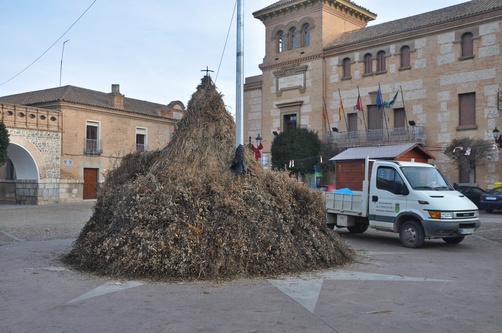 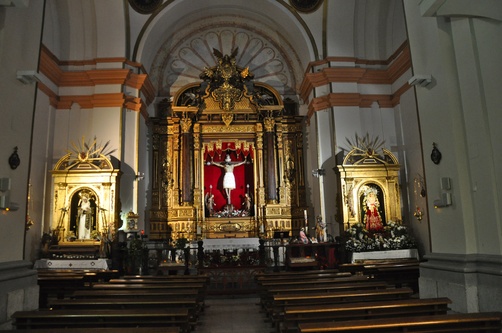 Once I figured out they don't want to burn alive anyone, I went to the main sight in Consuegra: wind mills. Those which Don Quixote fought against. 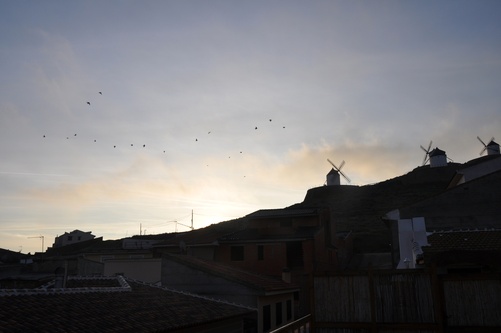 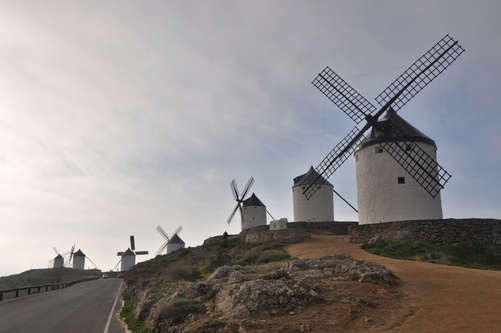 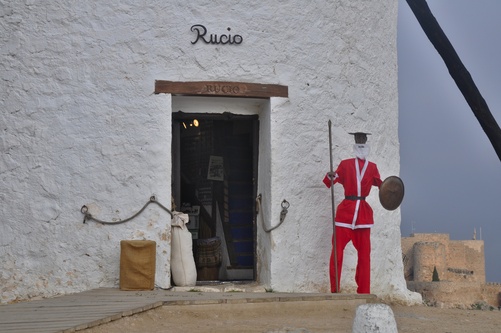 Each mill is inherited inside the family from generation to generation (some are eventually sold though). Nowadays it is more for tourist attraction. Some even have no equipment any more.
In the evening time they turn on illumination and the view from the city is astonishing. 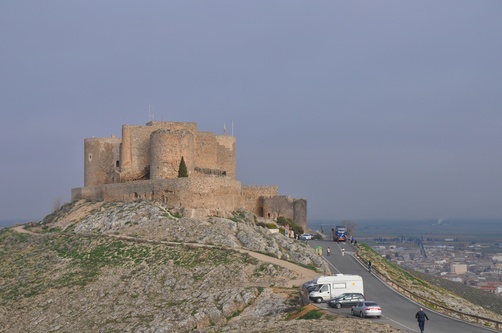 I easily could spend a bit more time in Consuegra, but Toledo couldn't wait more! So here I am. 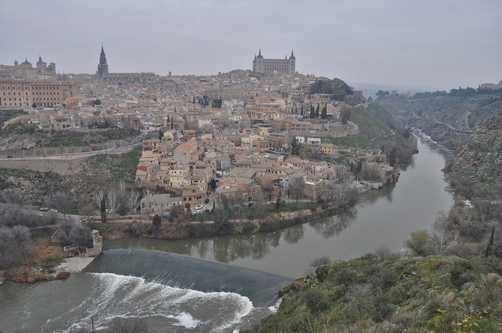 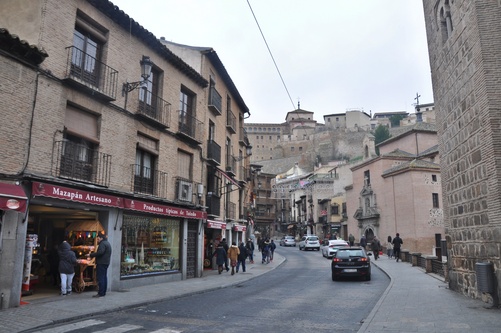 One more Don Quixote! In Castilla-La-Mancha it's everywhere :) 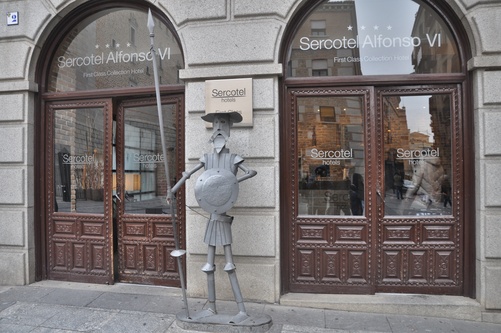 In cathedrals and monastery inner gardens there are often orange trees. Doesn't look fruits are collected in time though. That's nonsense!
At least those I bought in shop are delicious! 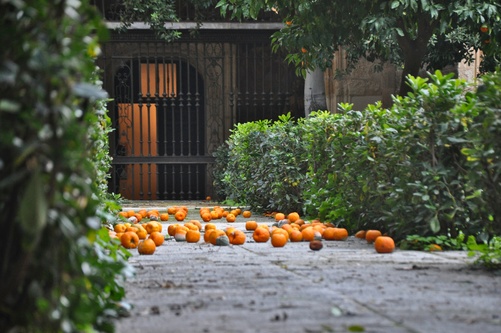 Toledo Cathedral impressed me a lot. Spanish were able to build immense things already almost a thousand years ago! 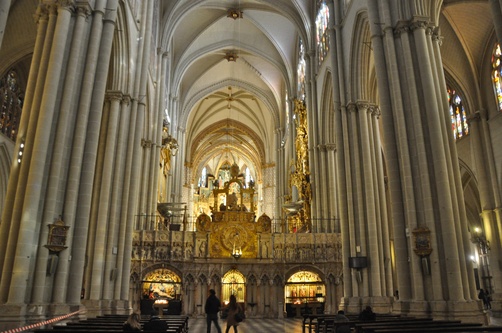 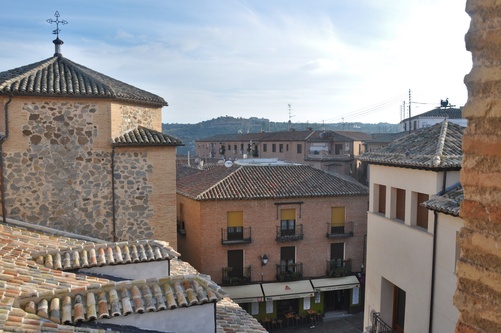 Toledo has a complicated (but interesting) history where three cultures met each other: Christianity, Islam and Judaism. This synagogue is a great example of collaboration: Jewish sanctuary was designed and built by Muslims on order of Christian King. However throughout a history somehow the building is owned by Catholic Church. For quite a while there are attempts to move the ownership to Jewish community. Still no luck.

Architecture is amazing in the old town. It's such a pleasure to walk there. 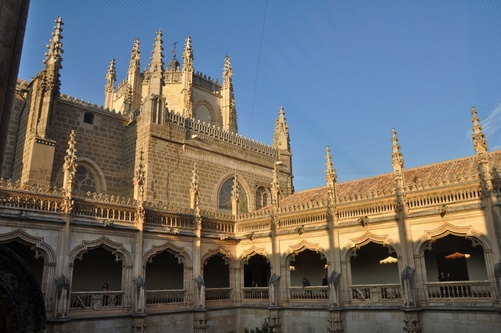 Mini-market. Every touristic place has something like that. Extremely over-priced :)

A lot of balconies has congratulation banner. Very cozy! 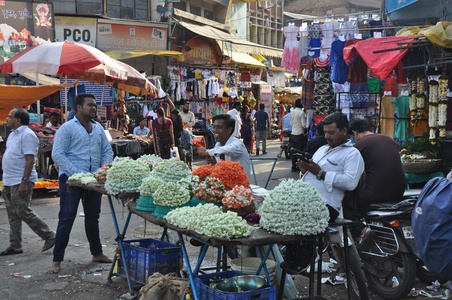