In the very first metro trip I saw Stalingrad station. Nothing special about it, but the name. I was very surprised (: 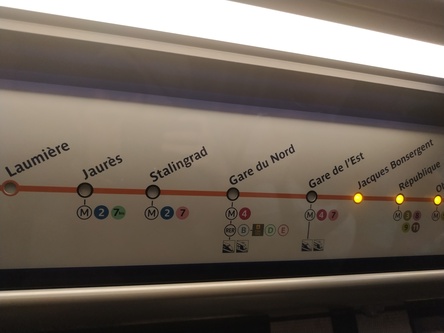 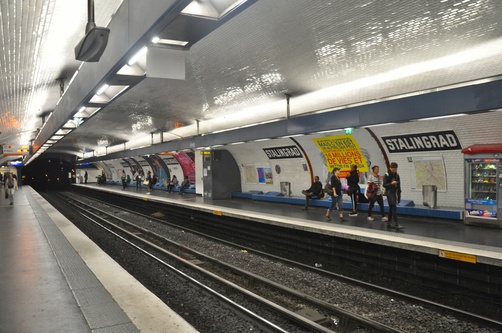 Let's start from the beginning. This is street entrance. I already like it (: 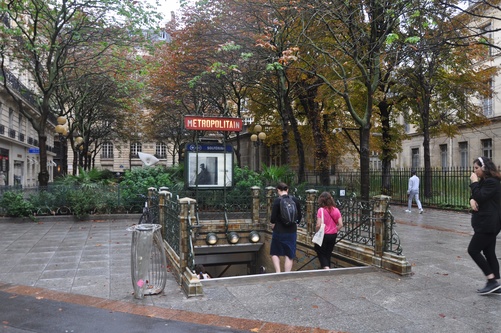 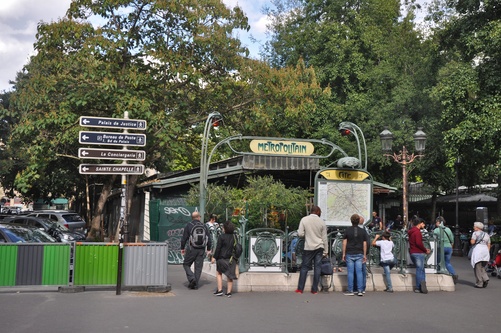 Tickets are that small (check photo), but doesn't mean it's cheap. One trip costs almost 2 EUR. There are many ticket machine, unfortunately I often ran into broken credit card payment and had to buy ticket from a human.

Not every entrance allows you to buy the ticket! Some of them simply miss ticket machine and the cashier at the same time. I had to find another one if I didn't have a ticket. 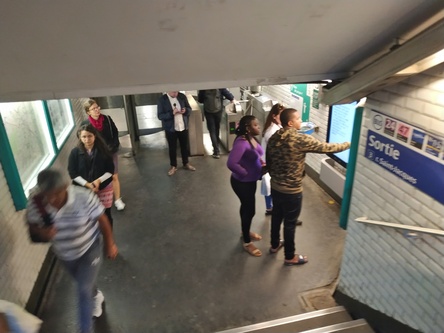 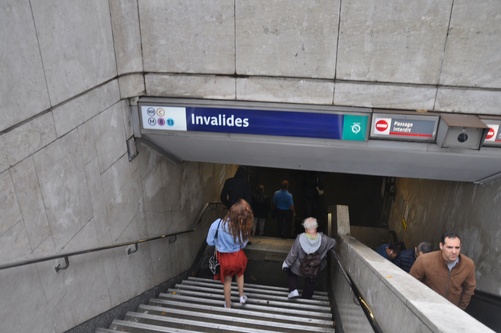 Entrance (and exit) looks quite fortified. I guess there were some issues with hares in the past. However it doesn't protect from tailgating. I've seen that a few times. 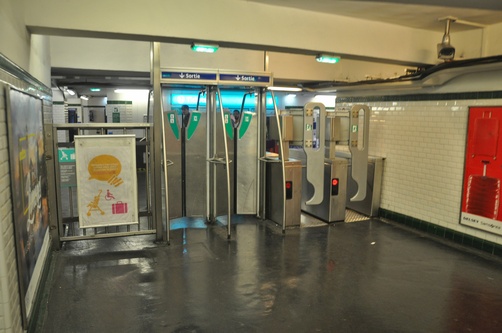 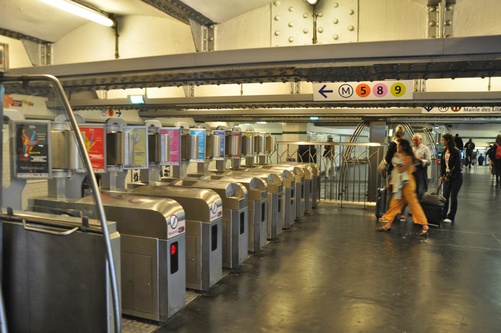 Stations are almost always divided by the track. If you missed your exit, it'd be a pain to get one station back. Sometimes you even have to leave the station.
Sometimes they put wall between platform and track. However that's quite rare. 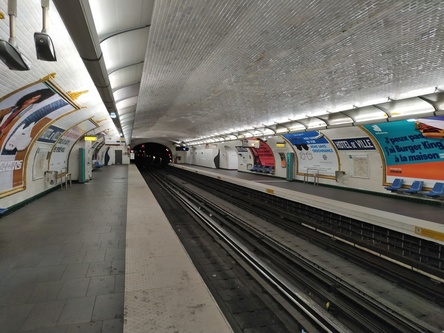 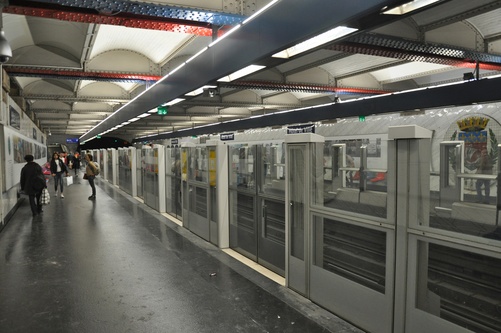 Those guys really love to use colors from French flag. 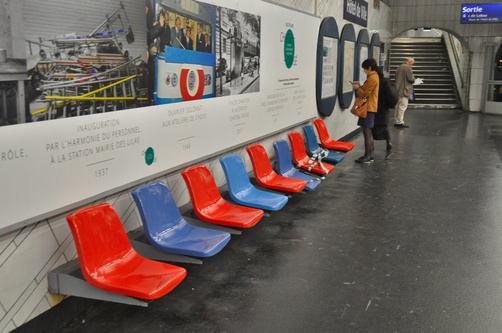 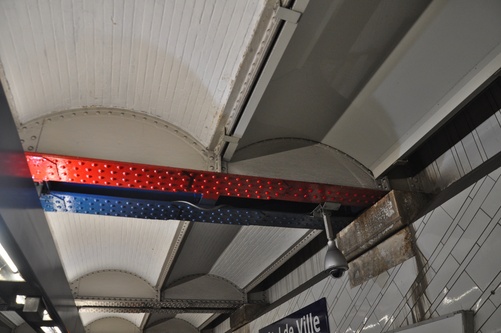 A lost of stations have some kind of mosaic. Some have statues or even a kind of mini-exhibition. Moscow has still more beautiful metro, but according to European standards Paris metro is just amazing. I enjoyed it a lot. 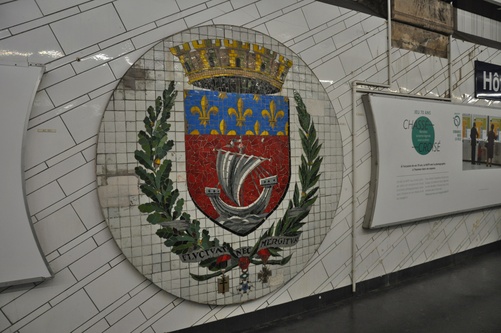 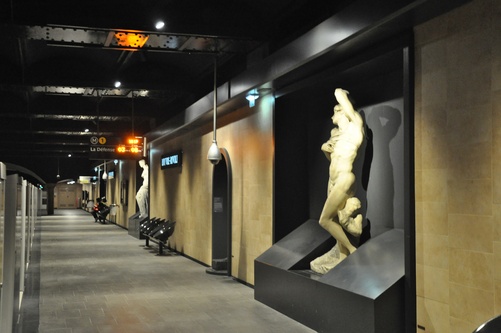 Passenger traffic isn't high. Unless a very rush hour. Even then it just might be a bit harder to get inside the train if you have way too many bags with you. 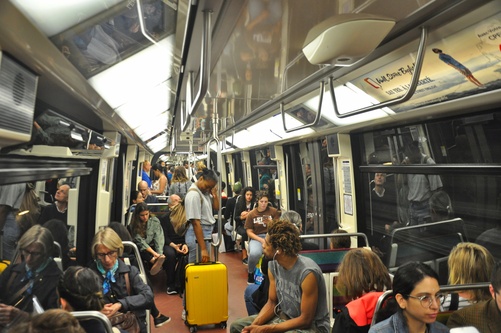 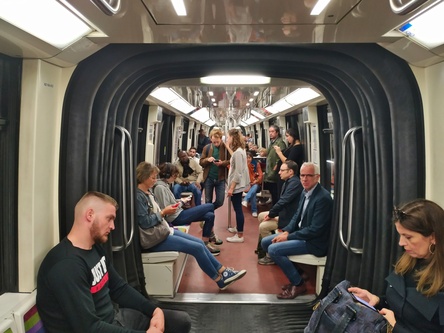 On the old trains you have to open the doors manually. New trains do not have that problem (: 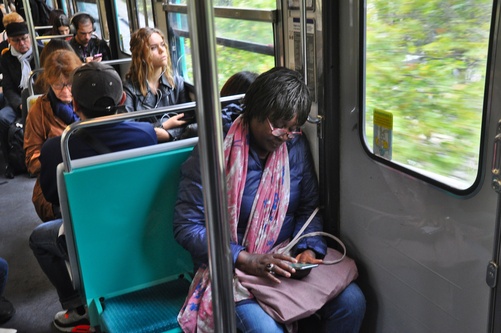 Not everybody reads the phone. Some still prefer newspapers. 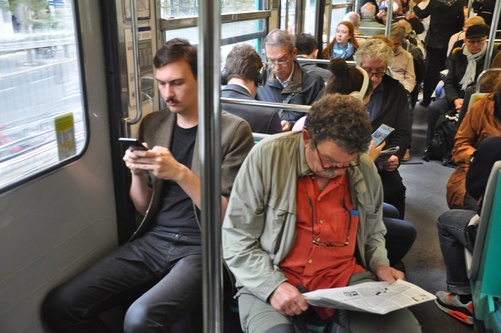 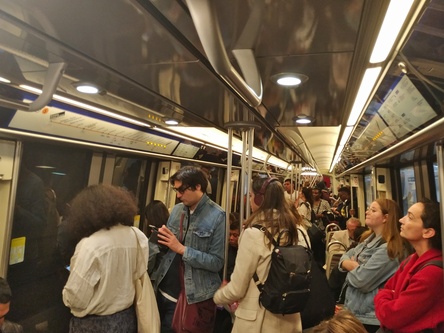 If station needs a small renovation, it won't be closed for a year or something. It will happen alive! 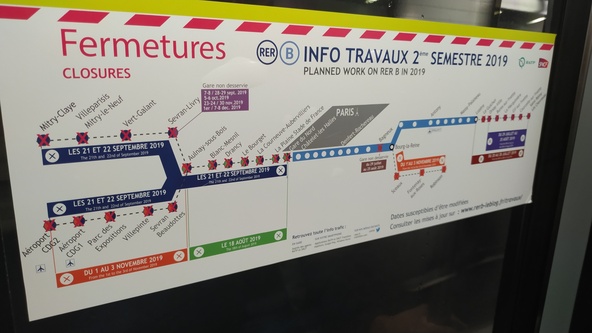 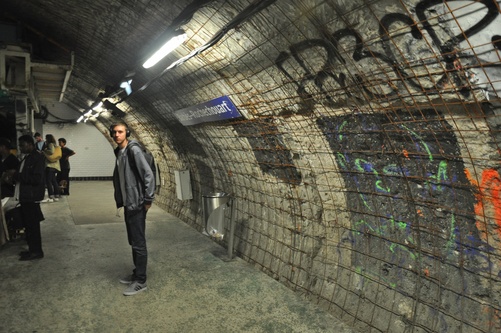 Quite station connections. Sometimes there are beggars or homeless there, but I saw it just a couple of times. 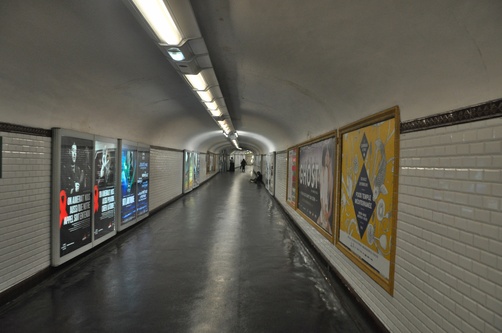 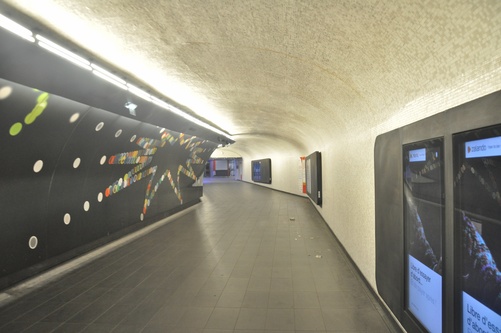 Not the entire system is underground. However this is a final station. 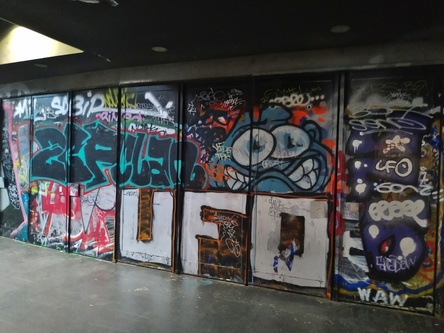 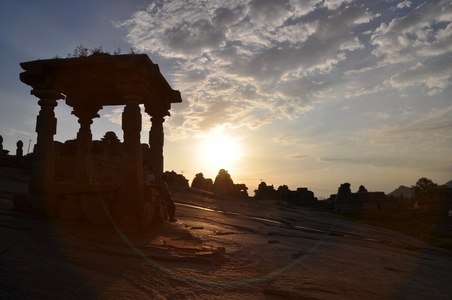 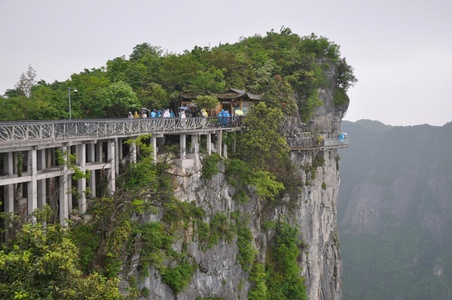 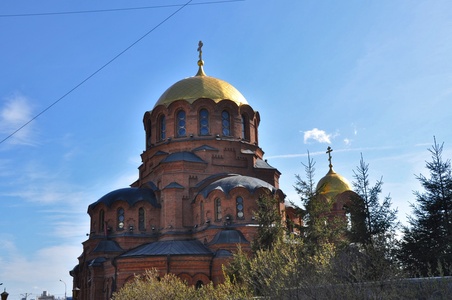