When you arrive to another country, one of the most useful things is mobile internet connection. So we needed to buy a local sim card somehow. Doesn't look like a complicated task, huh?
On the border gate in Delhi, I saw an advertising for free tourist sim in the terminal. However something confused us and we somehow decided that the sim card from this terminal won't work in Pune. So our goal was to buy a sim-card in Pune. Do NOT repeat our mistake (:

It all started with the window for SIM card distribution in the office building, where we were based during business trip. Unfortunately it was possible to buy postpaid plans only there, while we needed a prepaid one. Thus our local colleague made an agreement with the girl, that on the next day they will deliver a bunch of prepaid cards for us. Which never happened.
So we lost a faith in that option and tried to walk into the office where they had prepaid cards. According to locals it was almost in a walking distance. Nevertheless two local colleagues accompanied us by car to buy the car.
Well, we reached the office just after half an hour by car...

We knew in advance, that we would require a photo and ID copy to buy a SIM. However in the office it turned out that we need two ID-sized photo (better on photo-paper). So the photo which was printed by our colleagues in the office didn't fit the requirements.
However we figured it out only after filling half of required documents in the office and after an hour of negotiations with sales manager. So we had no way back. Fortunately there was a photo store in the nearest shopping mall (on the photo). So we simply had to cross 3-lanes (in each direction) road (with no lights and more or less heavy traffic).

The shopping mall is really in a bad shape. The flavour of smells on the entrance is not really that pretty. It looks like the part near the entrance is used as public toilet. Anyway, don't think that all malls are like that (:
According to our colleagues, the mall became that awful due to failure in competition with two huge malls nearby. So in the end the building was split into small areas and sold to a local private businessmen.

After a short discussion (just about 15 minutes) with the guy from photo booth, he agreed to take a picture for us.
He put a red curtain in background, put me in the front of it, took his mobile phone (!) and made a shot. Then transferred the photo to PC, opened it with Microsoft Word (!!) and copied it 15 times to make it in a row on the page. So he printed it all and cut with scissors. 2017 edge technology. However now I have a bunch of "perfect" photos (:

We returned to the shop next and spend yet another hour in talks with the sales manager. Moreover, it's not enough to buy a SIM card to have a working connection. You also have to wait, while these guys will send the docs to head office and process it there. Afterwards you have to call them and verify the data. Only then you'll have working net.

PS. Meanwhile we try Indian food. Masala (the triangle one) and chicken with rice.
Masala wasn't spicy at all. Just a bread with potato inside. It's tasty, but doesn't last long.
Rice with chicken was super spicy. Well the chicken was eatable from the inside, but I almost couldn't eat the rice. I could still feel the spiciness even after 10-15 minutes after I finished.
Ah, and the joke that a man feels spicy food twice isn't really a joke (: 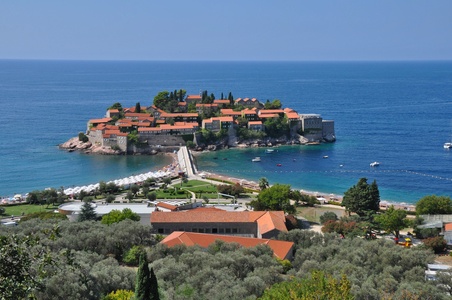