Not far from Frankfurt there is Mainz city. Here is the place of merge two important rivers: Rhine and Main. That played a big card to go here. I didn't have much time anyway, so here I am.
Not far from Mainz there is another city Wiesbaden. It's a capital of Hessen (region where Frankfurt am Main is located). It's so close that probably I had to visit them both in one day, unfortunately I didn't make it. Had to go back to work.
So the visit started from train station: 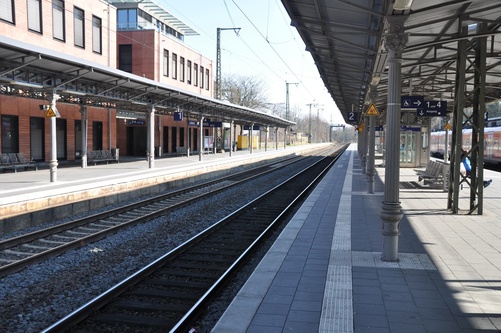 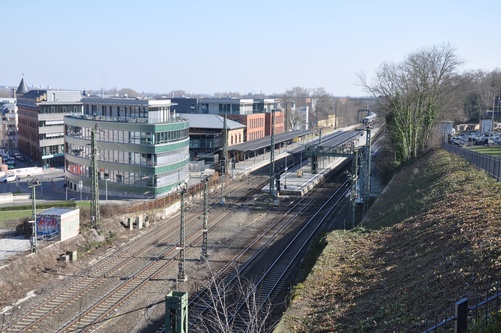 To be more precise this time I didn’t go to the train station and got off one station before. At "Roman theatre" station. To look at Roman theatre. You don’t need even exit the station to see it. It’s visible right from the platform. 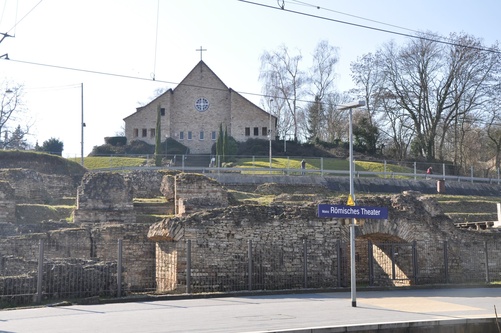 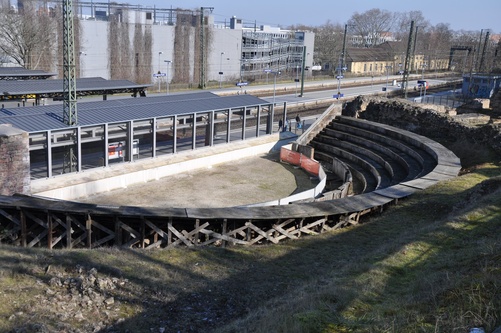 It turns out Mainz is a very old city. They started to build it in Roman times about 2000 years ago. It was treated like a very important strategic point cause of its location on Main and Rhine rivers merge.
After fall of the Roman Empire the city was under French several time (the last time was during World War II) 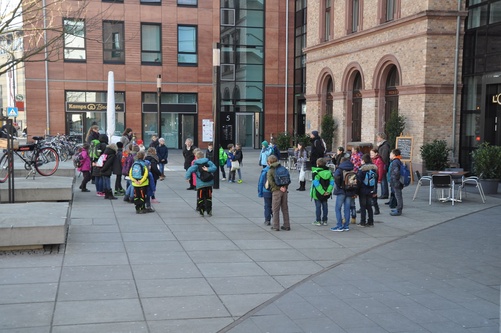 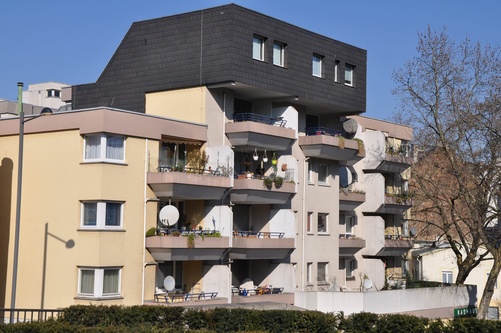 It's not just Germans, there is also a fast-growing community of Jews. They are here from the very old times. Their community was really big even a thousand years ago. They had different times. Sometimes they were protected by the city, sometimes they were not welcome here at all, or even killed.
In 1369 Mainz citizens literally burnt around 6000 Jews, as it was believed that Jews were guilty in the plague.
In 1462 they were just expelled out. 12 years later they were allowed to come back. Tough history. 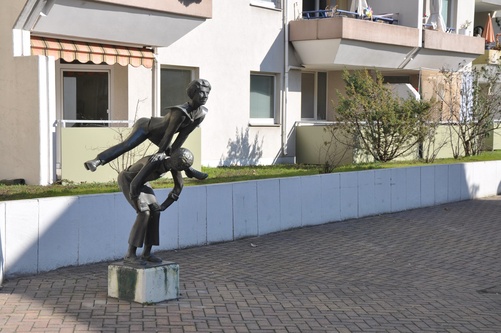 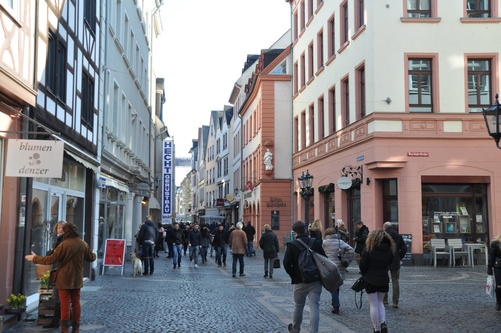 Saturday is a nice day to make fair on central city square. German extremely likes such stuff. You can find fairs in different cities during Saturday, especially in small and middle towns. 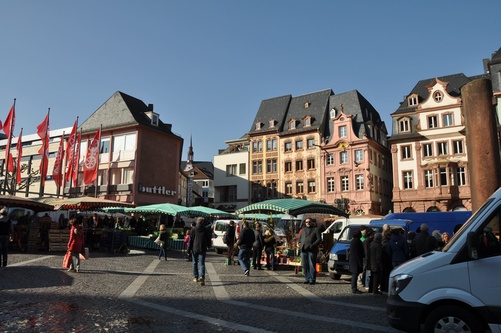 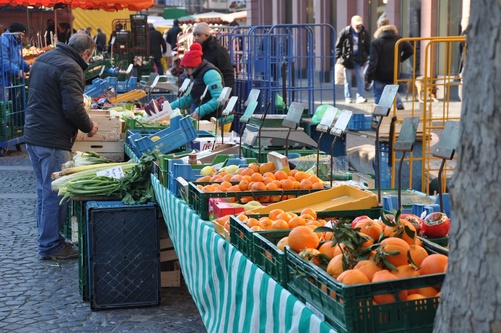 There is a big cathedral next to central city square. It was built more than a thousand years ago. 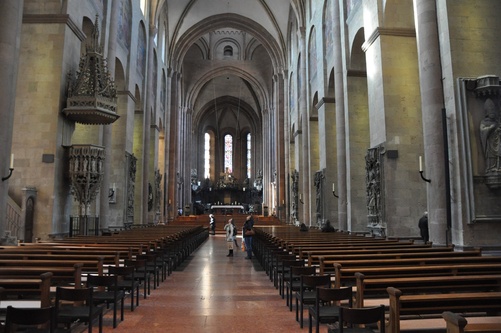 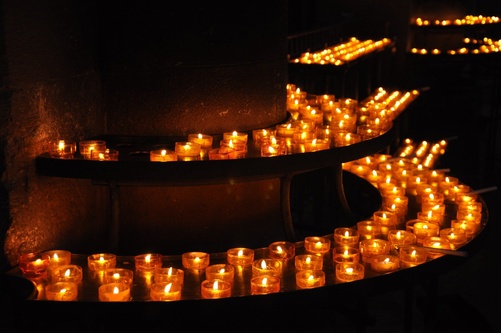 A bridge over the Rhine river with rail road, walking trail which is shared with cyclists leads to the city. From the middle of bridge the city looks really beautiful. 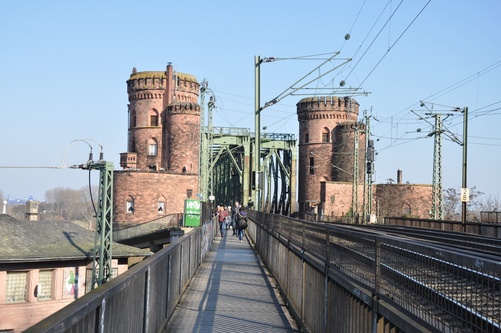 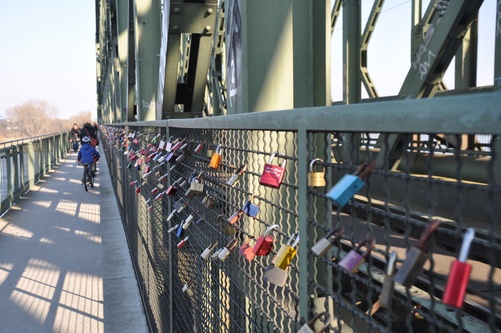 On the way from the bridge to train station I found some kind of villages or private gardens. It was funny to see Russian flag and next to it German one. Somewhere in the middle of nowhere in the foreign country you always can find Russian flag, yes :) 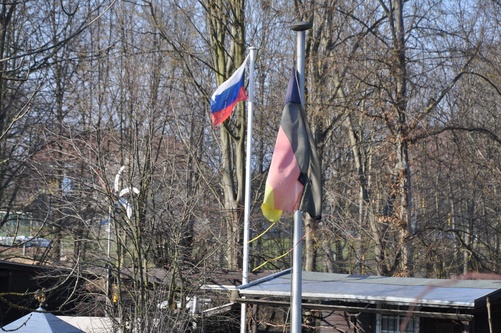 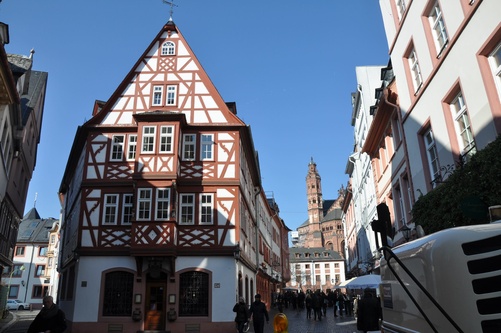 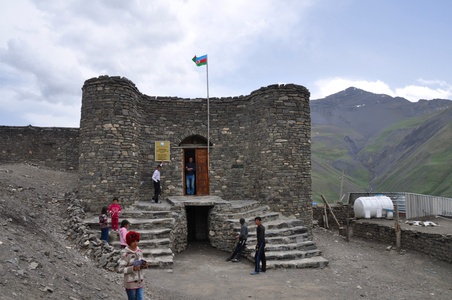 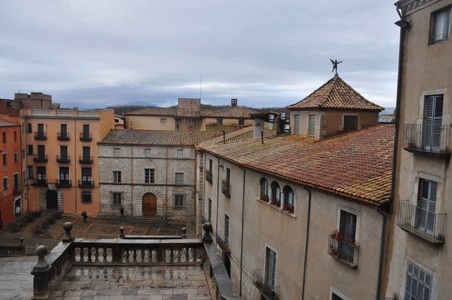 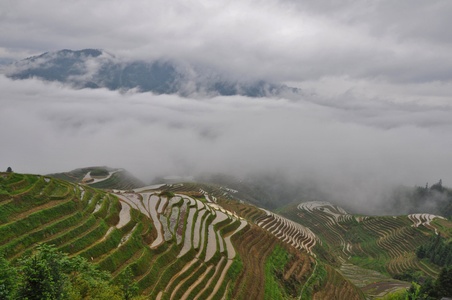