I saw several times huge letter I amsterdam. It looks interesting, though there is almost impossible to take a good shot: it’s too crowdy around. Though the beautiful pound and park behind is left absolutely without attention. And it looks beautiful too (:

In general the park and houses around it extremely picturesque. Low clouds make a truly unique view.

There are so many bicycles in the city (according to city councillor more than half million, and city population is just about 800 thousands), so it might be tricky to park it. Well, bicycle is not a car, you can easy put it in the pocket and take with you one can park it somehow in the tricky place, though in the rental office it was strongly recommended to belt bicycle to something, as there are special people who collect bicycles parked incorrectly (:

Policemen also are not asleep here. One incorrect parking and here you are, having a nice conversation with these guys. Even if your tiny car doesn’t cause any obstacles on the road (:

Museum buildings here are quite beautiful. Next to some of them you can find nice parks to get some rest and fresh air.

So here is Vincent van Gogh museum which I was writing about in my previous post. This is the museum with biggest collection of painters works. Soon it will move to another place, therefore a part of exposition is already unavailable. However even the part which was still available was really amazing. Then my way was to The Amsterdam Dungeon museum.

Well, I can't really call that a museum. More like an attraction, but really a cool one. It's underground so you have to go down by lift. So if one is already scared before the lift, it's better to leave before it, otherwise it would be too late (:
In every hall there are alive actors under tons of make-up who make a mini show and try to make you feel extremely scared. Often visitors become a part of the show. I have to say they do a good job and sometimes I was really scared. They speak Dutch, but fortunately in most cases they also translate it to English. Therefore I could understand what is happening around. I was even on my own trial for some nasty things. Fortunately I survived that (:

Some streets in Amsterdam are extremely narrow. Even for classic narrow European streets..

The time passed fast. It became dark and lights were switched on. Amsterdam looks absolutely different in the night. Daily bustle calms down. In the areas remote from popular tourist places (light red light) it turns into calm and cosy harbour.

Red light street turns into red, which is not visible during the day light:

By then it was time to go back to train station. And then to airport. On the way to airport the train was delayed due to broken accumulator (as train driver told passengers). Though I was still in time to my flight. 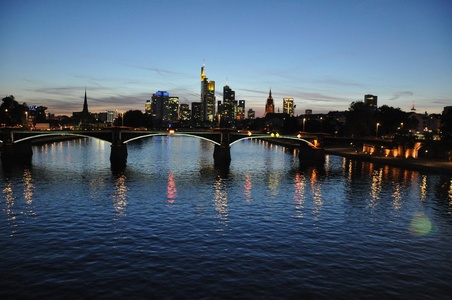 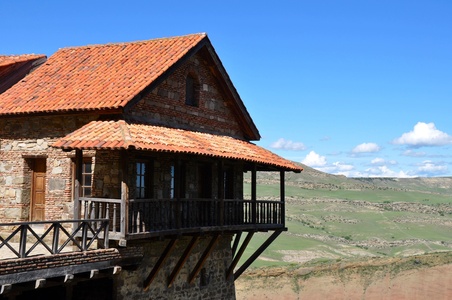