The first association when one hears about Kazakhstan most likely is horizonless steppe. Like this:

However it's not this way. The steppe is green a few weeks in spring, then the sun burns everything and it looks more like a desert. A picture like that can be seen through the entire country.

However keep in mind, that Almaty area is an exception. It's located next to the border and Tian Shan mountains change the landscape a lot. It's not just a steppe, but also hills and mountains.
Though even in steppe in some places there are water springs. Water means plants, sometimes centuries old: like this 700 (!) years old willow.

In the very same place there is a national park gamekeeper house. They are spread throughout the park.

Gamekeepers live with their families. If they are transferred to another place, the entire family moves. Just like militarists.

Radon spring (the water is really warm). And abandoned village.

Not all gamekeeper houses are wealthy. Though this one is used as a temporary one. It's used more like a checkpoint to keep a list of those who go in and out. So in case someone is lost they will start the search. Nobody lives here on permanent basis. However even this one has a satellite signal (:

Of course there is no asphalt roads in the park. Just a dirt road. Thus in a dry weather (which is almost every day) there is a huge dust trail. That's why you simply have to keep a distance at least 0.5 - 1 km if you follow someone. Also as a polite driver you have to slow down if there is oncoming car, so the dust behind you won't be that bad and the poor guy won't suffocate there.
Park gamekeepers reroute the roads from time to time: the close the old ones and put spikes there (as I was told in order to fight poachers). Normally they put stop sign there, but sometimes they can't keep up with the changes. So without a guide you might easily to lose a wheel somewhere.

A long time ago there was ocean bottom in this ares. And underwater volcanoes. That's why there's frozen (and already stoned) lava.

It felt already hot, however it was just beginning of May and the temperature was a bit higher then 20C degrees. In summer time daily maximum is above 40C.

To stop cars from going to the wrong direction, they put stone fence like this one. However doesn't help every time (:

A bit further the way down there are colored mountains.

Even though the landscape looks absolute desert, they also have a strong rain days here. The water runs down from mountains and even made a riverbed. There's even a block sign to stop cars from going through it. There will be no chance to make a U-turn.

However people are welcome to have a walk through the riverbed. There are some photos:

I didn't make it to the beginning of the riverbed: there was stoneslide which blocked the road, I had to go back. It was just 500m to the end though.

The trail was easy, pretty and relaxing. I really enjoyed it. 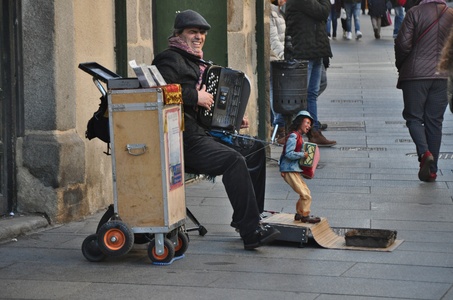 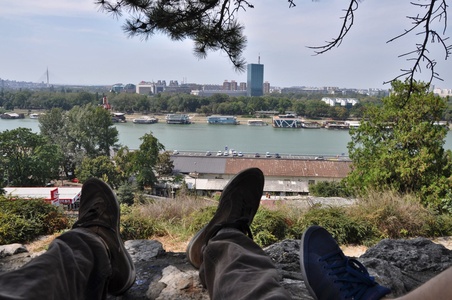