So I joined the overall bicycle mania. Fortunately it’s easy to rent a bike from Deutsche Bahn (don’t mess with Deutsche Bank) or Next Bike. 1 euro per hour. It’s fully automated system: there is a phone number and id number right on the bike. So you call and receive unlock code for locker, which blocks the rear wheel. If you take care about it in advance, it’s possible to avoid the call. Just register in internet and install special app to your phone. Then everything will be done in the app. It’s much cheaper. The call is not free anyway. Next Bike bicycle is overloaded by advertising. So it doesn’t look as attractive as Deutsche Bahn bikes. Though it’s much easier to rent Next Bike. In DB bikes by phone some lady in German starts to explain that you dialed a wrong number. Internet registration is overcomplicated and without English interface. 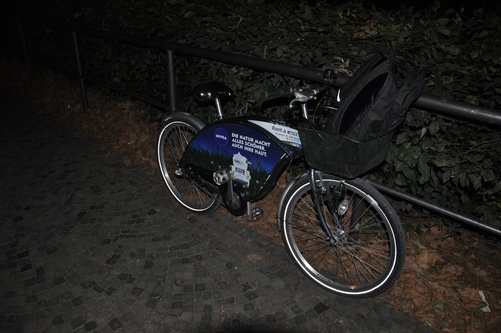 It’s really comfortable to move here on bike. So finally I got to the districts which are far enough for a walking tour. By the way, in historic part of Frankfurt I saw some houses which are quite similar to the Rhein style houses. 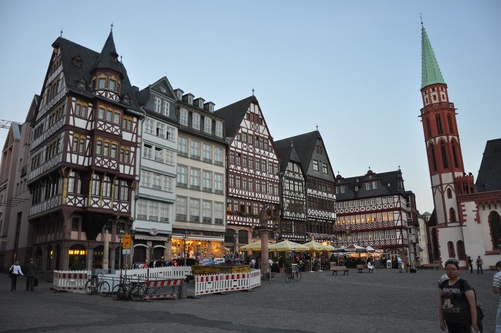 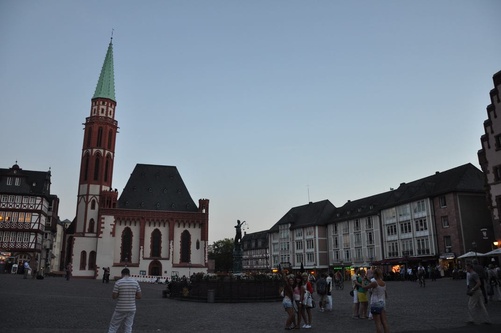 There are special part of the road dedicated for cyclists almost everywhere, or walking part is a bit wider so cyclists and pedestrians could survive together. The only exception is narrow streets, though even there there is a special sign for drivers, that cyclists can use the road. However the traffic in city center is not heavy in the evening. 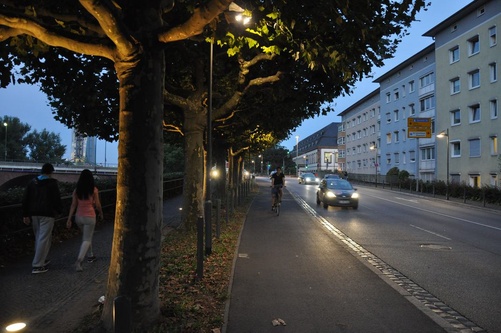 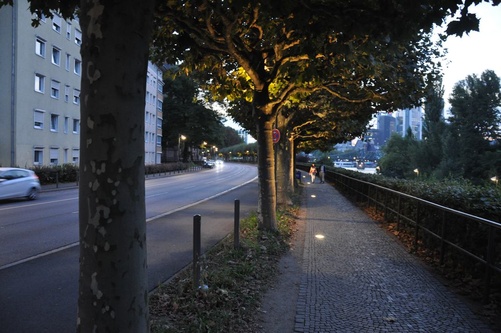 On both sides of Main river they have trails for cyclists. In the evening you can find there a lot of people. Some just sit around with late dinner. The interesting thing when people with food leave their places normally there is no any garbage left. How they do it? Do they really take it with them? (: 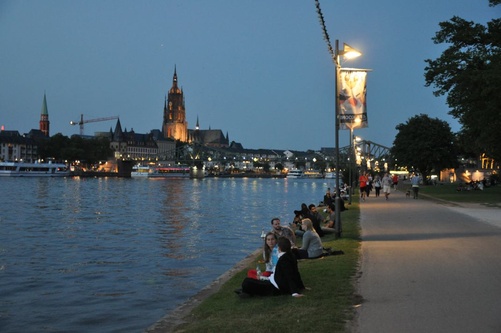 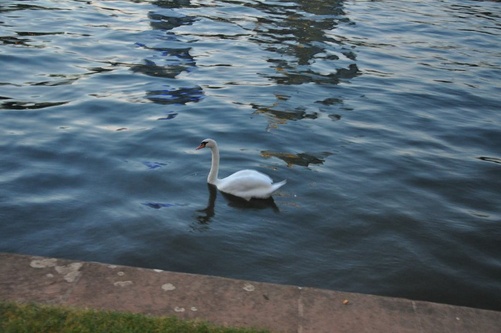 Swans do not afraid people at all. They can come up very close to people which is not typical for wild swans.
Overall it is quite good here, though it is getting dark too early. 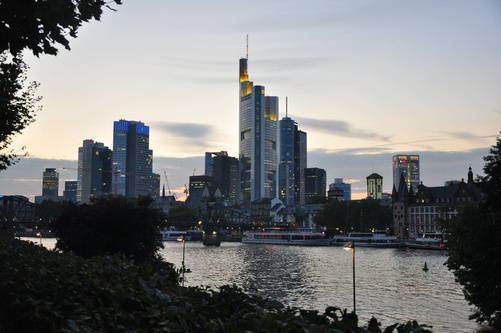 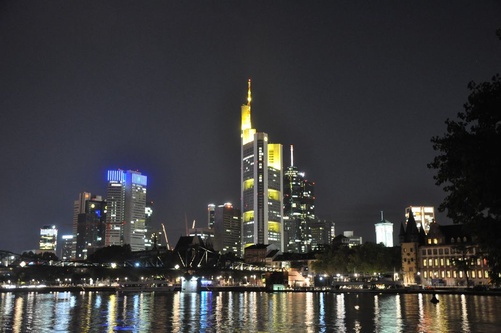 In the evening one can find here a tourist ship on the Main river. Though it departs at half past nine, which is not really the best time: it’s already dark, but not dark enough for city lights. Unlucky time. Though in the end of boat trip it should fine. Anyway it’s better to try canoe. 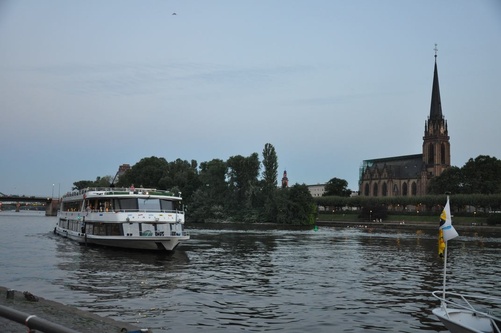 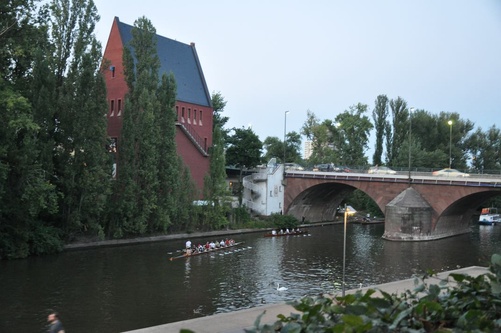 That’s it for today. 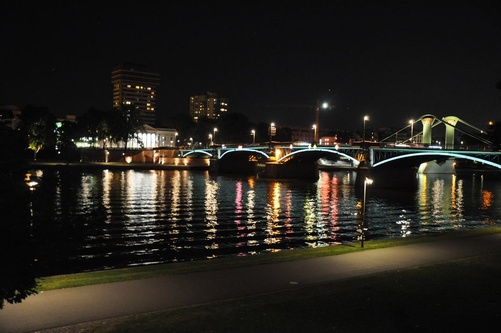 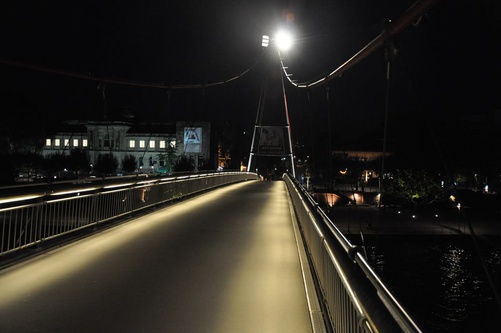 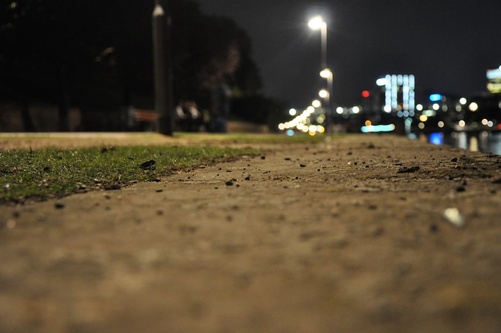 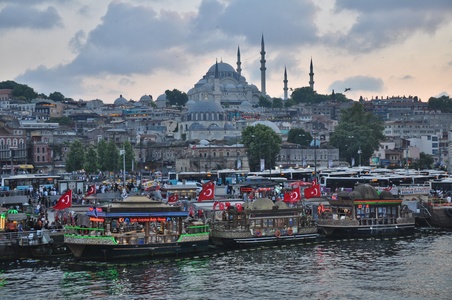 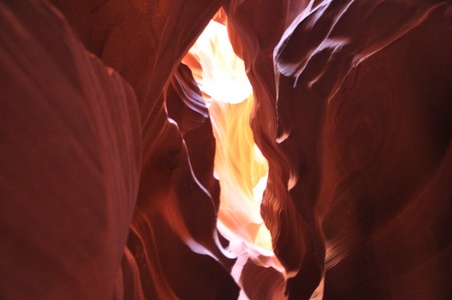